He Sees Creep Touching Terrified Girl On Bus. What He Does Next Has Cops Hailing Him A Hero 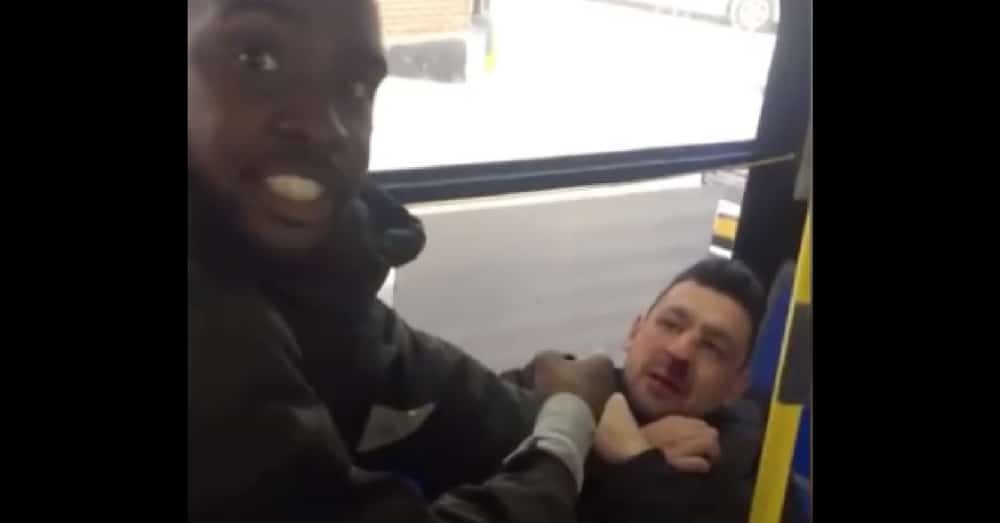 Moise Morancy was riding the bus home in New York City recently when he noticed something he just couldn’t ignore. His bold actions have police, along with thousands of people across the country, hailing this man a hero.

There was a 15-year-old girl sitting alone on the bus, but an older man, who was apparently intoxicated, came over and sat down next to her.

The girl seemed uncomfortable right away, but when the man began to touch her inappropriately Moise knew he couldn’t just sit back and do nothing.

He confronted the man and told him to stop touching her. When the assailant came after him, he defended himself by punching the man and then held him until police arrived.

At first police weren’t sure what had happened, so they handcuffed both the attacker and Moise until they could sort things out.

Once they spoke to witnesses the police released Moise and declared him a hero.

The young girl he had defended gave him a hug and a rose.

Moise, who describes himself as a rapper, hip-hop artist, and activist, has been critical of police in the past, but this time he was quick to acknowledge the good things they do. He even posed with the officers for a quick photo.

Now Moise wants to use his newfound fame to spread an important message everywhere: “Do not touch young women or women of all ages.”

Do you think Moise is a hero for what he did? So share this!