He Sees Cop Getting Beaten By Side Of Road. What He Does Next Has Them Hailing Him A Hero 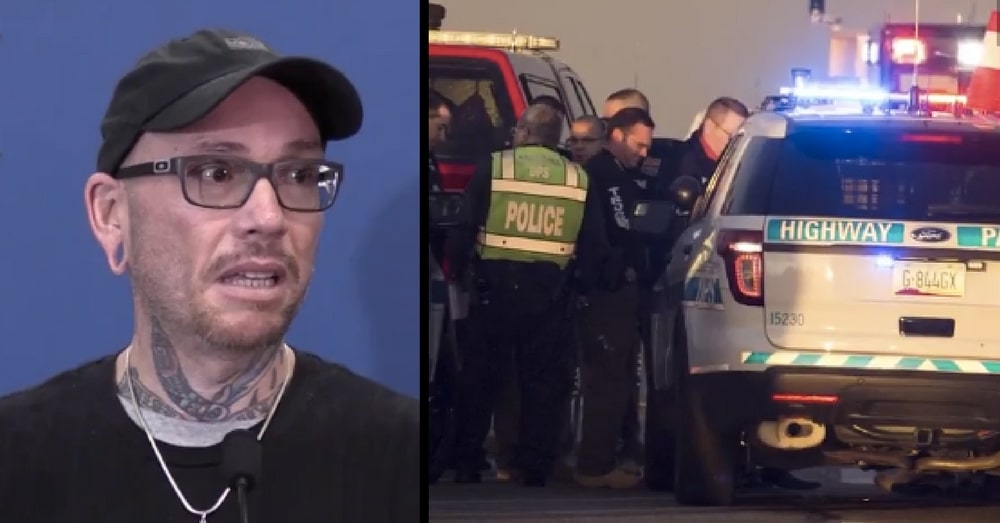 The man who fatally shot a suspect beating an Arizona state trooper said Tuesday that he doesn’t consider himself a hero and he’s grappling with taking someone’s life.

Thomas Yoxall, of Arizona, gave his account of the dramatic Jan. 12 encounter between the now-dead suspect and the state trooper. Yoxall had not been previously identified.

The 43-year-old cried and his legs shook while he recounted killing Leonard Pennelas-Escobar, who was beating Trooper Edward Andersson “in a savage way” after having shot him.

“To be honest with you, it was very visceral and instinctive. I had to help. I knew I had to help. So there wasn’t an option for me,” Yoxall said during a news conference at Department of Public Safety offices in Phoenix.

DPS officials say Pennelas-Escobar had been in a single-car wreck that killed his girlfriend on Interstate 10 outside of Phoenix when Andersson arrived. Andersson was putting out flares after coming across the crash when Pennelas-Escobar ambushed him, shooting him in the shoulder and chest before beating him.

Yoxall said he has no military or police training, but is a responsible gun owner. He pulled over when he saw the two men.

Yoxall said Pennelas-Escobar ignored his commands to get off the trooper and that he did what he had to do.

“I firmly believe that that morning I was put there… by God,” Yoxall said. “It’s difficult to think about that day still.”

Yoxall flagged down another driver, 44-year-old Brian Schober, for help. Schober says he used Andersson’s radio to call for help and used a first-aid kit from the trooper’s car to clean blood from his head.

Go to PoliceOne to see how Officer Andersson is recovering and how Yoxall is trying to move on after his heroic but difficult act.