He Sees Car Burst Into Flames On Side Of Road. What He Does Next Had Me Speechless… 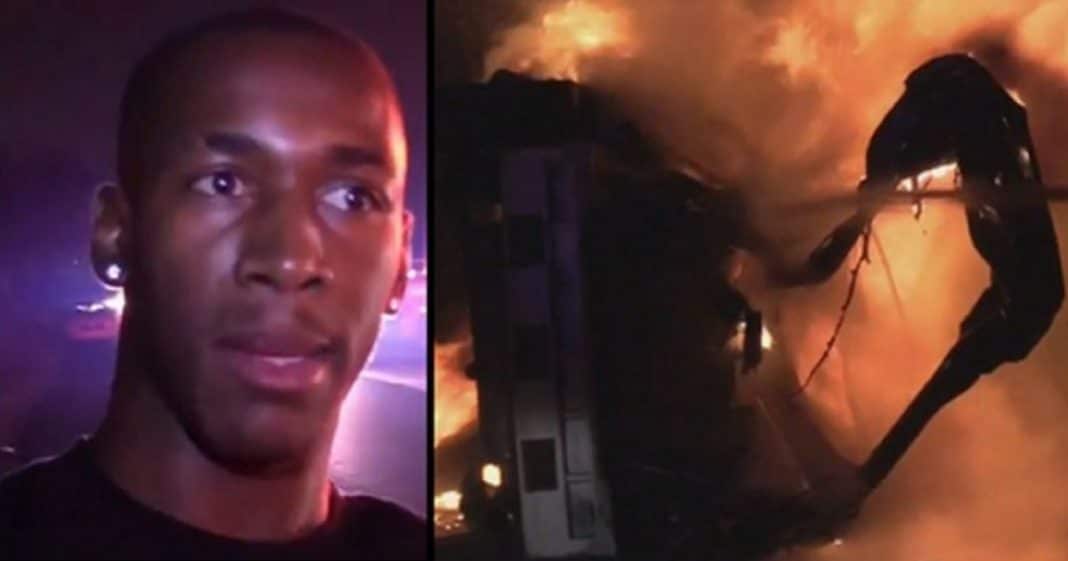 One California man is being hailed a hero after his incredible actions – straight out of a superhero or action movie – saved the lives of two very grateful women Sunday.

The man told California Highway Patrol that he had been driving on the freeway in Cerritos when he noticed a car weaving on the road. All of a sudden the car drove off the freeway and up an embankment.

As he watched, the car plunged back down onto the freeway and was immediately engulfed in flames.

He hurriedly pulled over to the side of the road to help, first pulling the unconscious passenger to safety and then returning to grab the driver and pull her out of the burning vehicle.

After he had done that another driver stopped and the two of them dragged the women away from the car.

The help couldn’t have come at a better time – as they carried the women away from the wreck the car exploded.

When police arrived they said neither of the women would have survived the explosion.

Both women were taken to Long Beach Memorial Medical Center and are in critical condition. They owe their lives to the good Samaritan who risked his life to save theirs.

Were you amazed by what this man did to save these women’s lives? So share this!