He Sees Barefoot Boy Selling Food On Street. What He Does Next Will Warm Your Heart 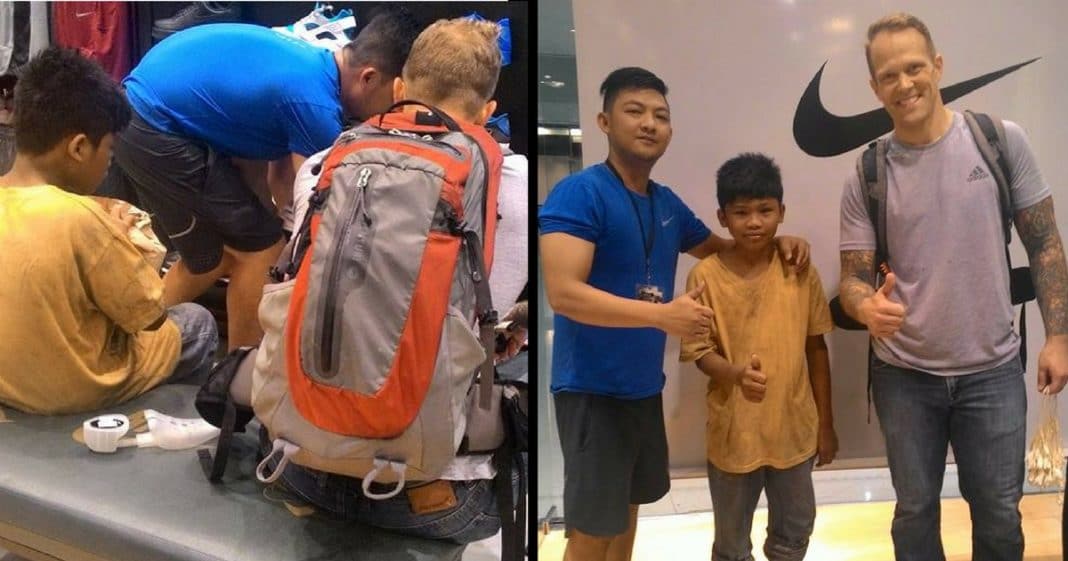 In fairy tales, Prince Charming would search a whole town just to give a missing shoe to a woman he only met once. In real life, this guy — a stranger — saw a kid walking barefoot and bought him a new pair of shoes. He may not be a prince, but god knows his good deed probably meant more to that kid than the most precious pair of glass slippers.

According to Ahyan Yerro’s Facebook post, the foreigner, named Kris Carroll, came to the shoe store she’s working at with the kid. Upon inquiry, Kris told her that he saw the kid barefoot selling sampaguita outside a mall in Mandaluyong.

InqPOP! spoke with Raymond Seneca, the guy who “assisted them well like VIP” according to Ahyan’s post, and he said that in his four years of working at the shoe store, it was his first time to witness such a gesture in that store. 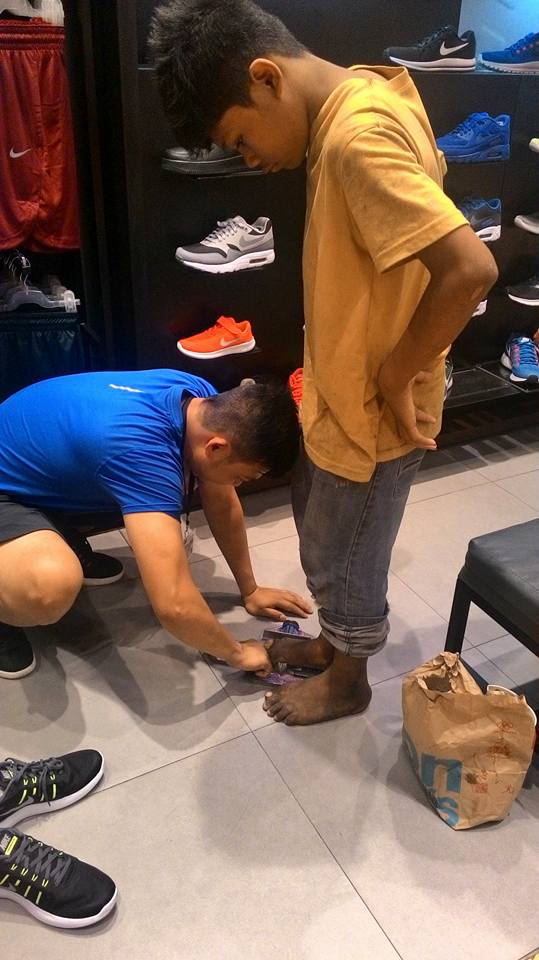 He admitted that he was surprised to see the two when they entered the store.

But for Raymond, they were still customers to be treated the same way he treats others — especially the boy who, according to him, couldn’t believe he’s inside the store and about to get a new pair of shoes. 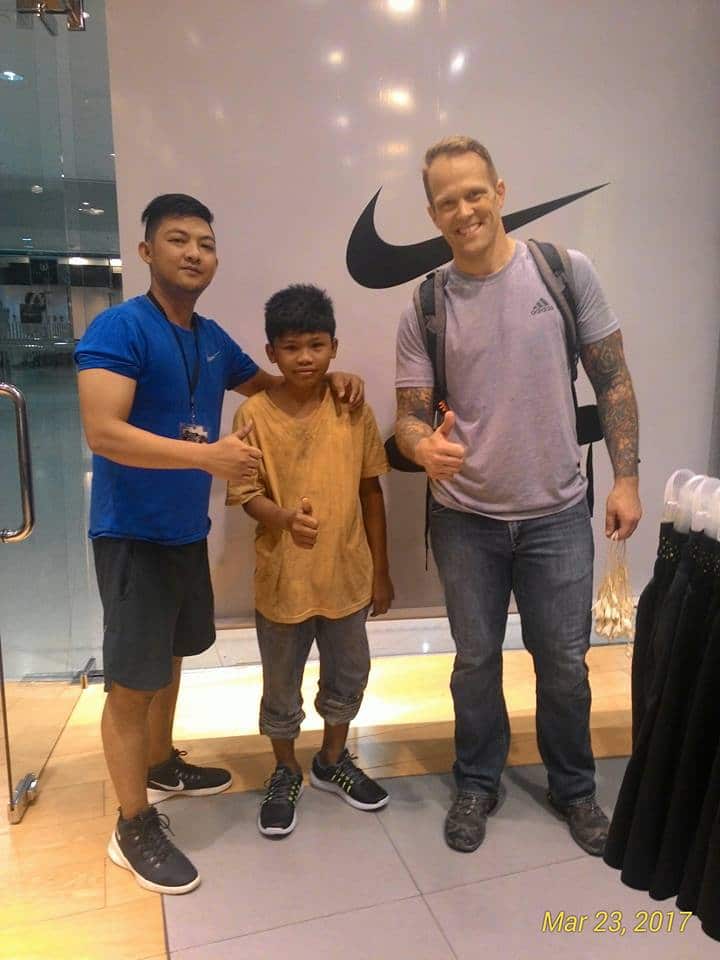 He noticed that the boy didn’t know how to tie his shoelaces. He learned that it was his first time to have a pair of shoes. The boy would even lose balance while walking since he’s not used to wearing shoes, Raymond added.

Ahyan, who was also tending to the two, was so happy for the boy and told him to take care of his shoes and to thank Kris for giving it to him. During the transaction, Kris asked her where he could buy clothes for the kid and Ahyan said she admired him more for the gesture.

Read more about Kris’ act of kindness on Pop Inquirer.