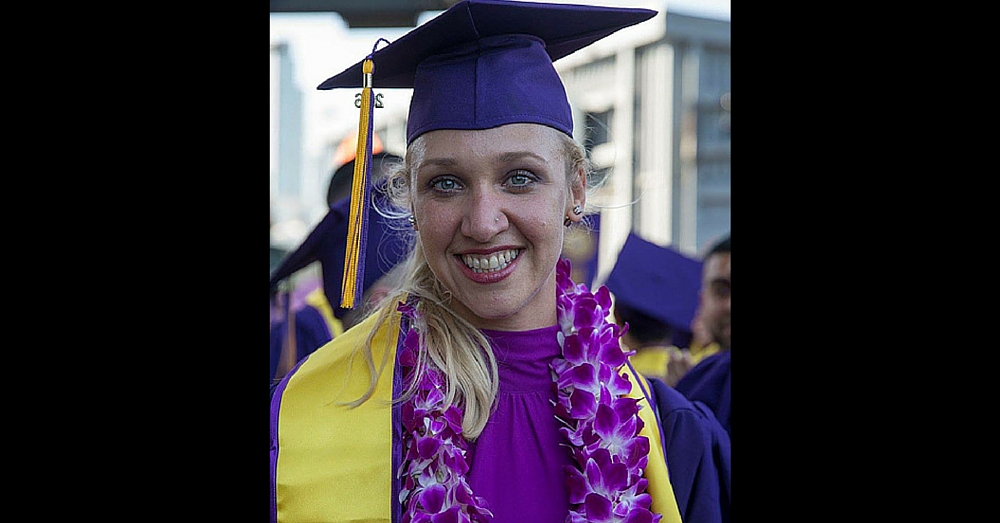 In November 1984, a newborn baby girl was left by her mother in a box in a laundry room at San Francisco State University.

Hours later, two students found the baby girl, one of whom happened to be a nursing student named Esther who knew how to care for her until the paramedics arrived.

After a city-wide search for the girl’s biological parents and dozens of applications from couples hoping to adopt the her, she was placed with Sam and Helene Sobol, who named her Jillian.

On Friday, Jillian Sobol graduated from the university where her life began. She celebrated the achievement with her adoptive parents, Esther and her biological father – a loving and supportive extended family brought together through years of searching.

“I had my whole little crew on the other side of the field,” Sobol, 31, tells PEOPLE of her graduation day. “I was looking in their direction for the entire ceremony and I could really feel their love and support.”

Because of support she received from her adoptive parents, Sobol longed to know more about her biological parents “more out of curiosity than out of need,” she says.

When Sobol was 16, her mother sat her down and told her about the circumstances of her birth and discovery.