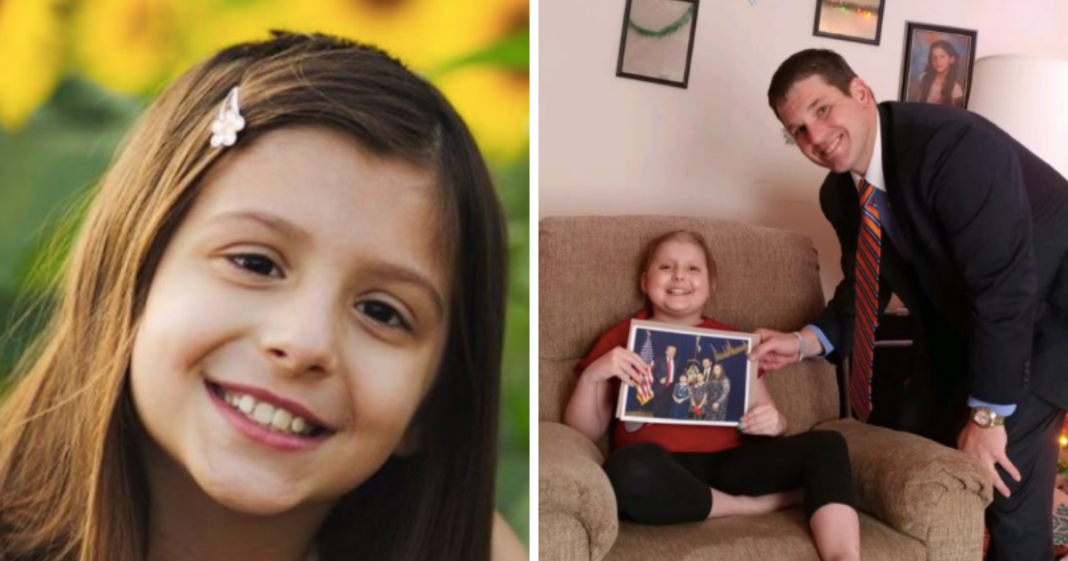 Oliviah Hall is a 10-year-old from Ashtabula, Ohio who is battling a brain tumor. She’s been really busy lately, and we’ll tell you what she’s been doing below, but she’s had one visit that has stood out among all the rest of her activities: a visit from the  U.S. Secret Service. 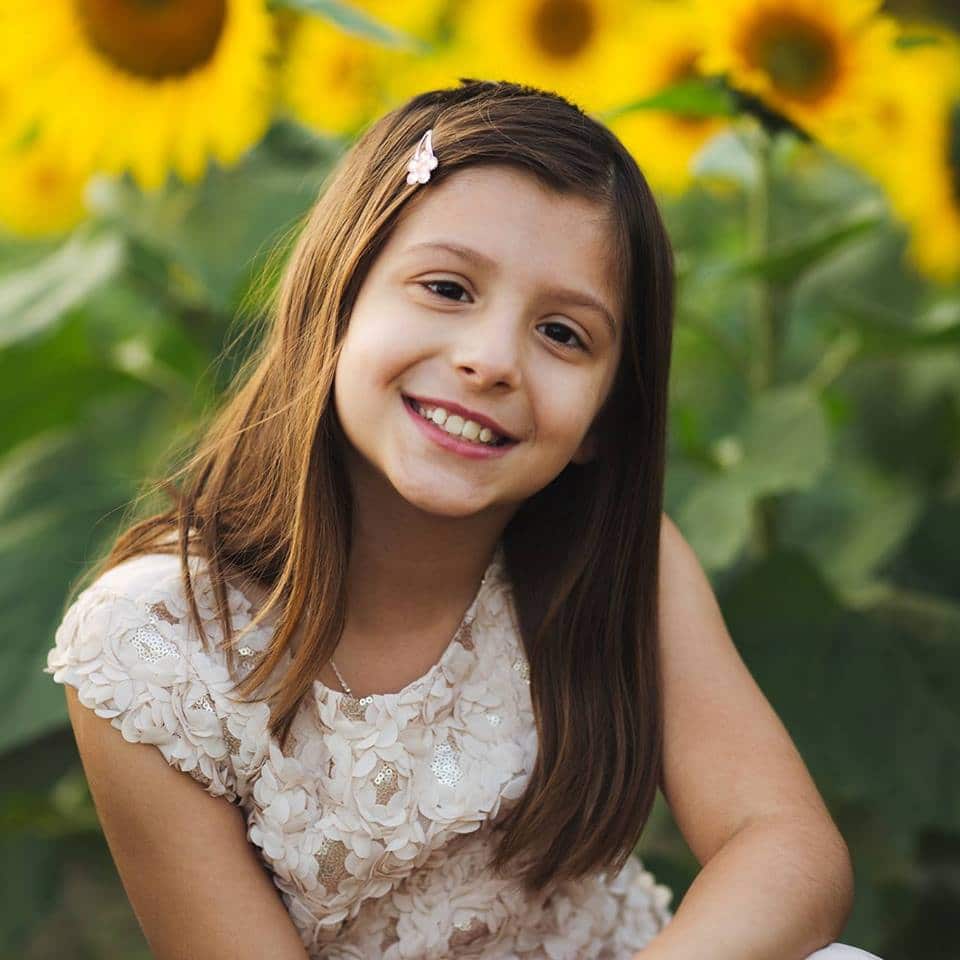 Getting a visit from the Secret Service isn’t always a great thing, especially for bad guys. But this time, they were delivering a very special message to Oliviah from the President of the United States, Donald Trump.

U.S. Secret Service Special Agent in Charge Jon Schuck went to Oliviah’s home the minute he received an autograph photo from the White House. The photo was of Oliviah and Pres. Trump after he spoke at a rally in Cleveland on November 5th. It was signed with a special message:

“I love you, President Trump.” 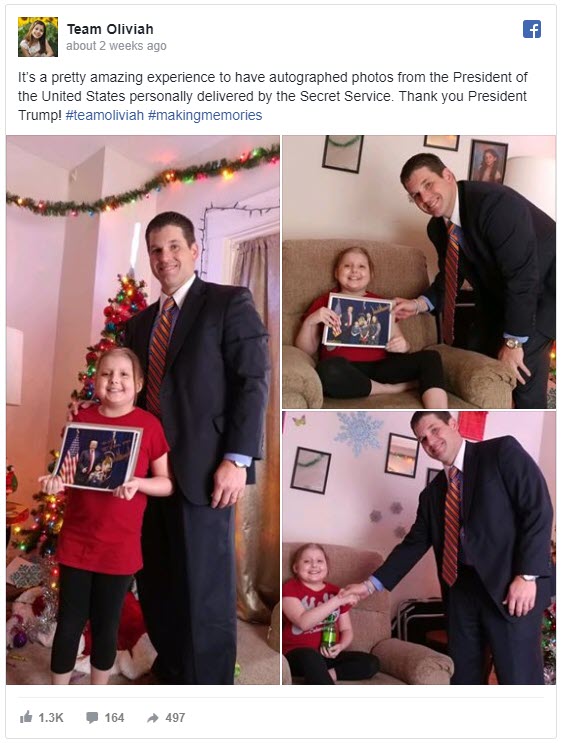 “Her personality is something else,” Special Agent Schuck said. “She lights up a room.”

Oliviah’s aunt, Tina Rausch, said the family was taken by surprise at what the agent delivered.

“We got a call from the Secret Service,” Rausch said. “But, we didn’t know they were bringing an autographed copy of the photo we took.”

This little firecracker of a girl even served as Fox 8’s first Junior Reporter. Watch her report.

This video shows her running around doing some work with the FBI after she was sworn in as an “Agent for a Day,” then showing her new FBI moves to some morning show anchors. 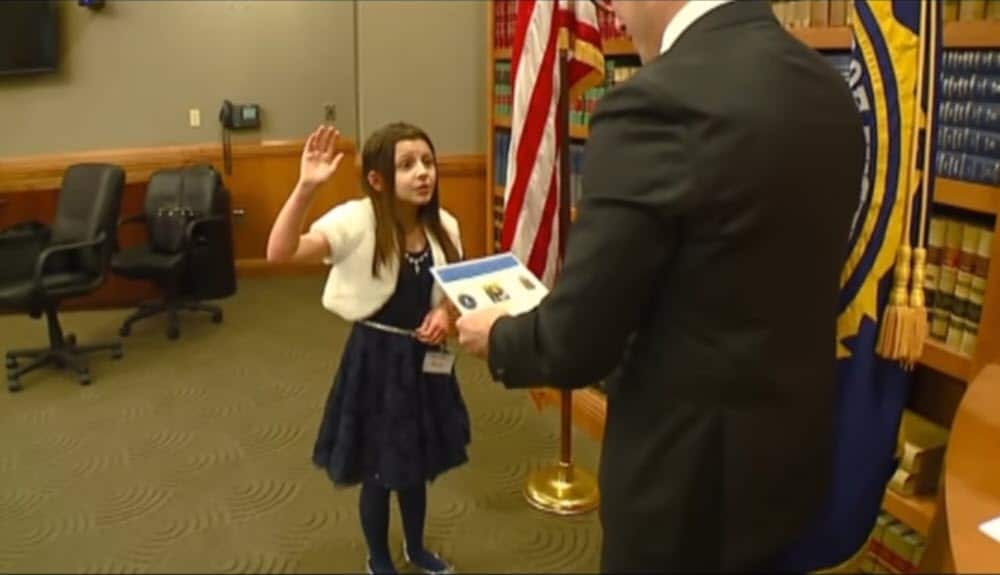 Oliviah being sworn in as an FBI agent

She’s not just out there doing cool stuff, though. Oliviah is using her newfound influence to give back. It was always her dream to help people, and she’s been doing just that. She has organized a blood drive, worked to help empty an animal shelter, and done some gift wrapping at the Ashtabula Mall. The donations received from the wrapping will be given directly to the organization A Special Wish’s Cleveland Chapter.

Olivia told Fox 8 that what she’s doing was a part of her goal.

“If you have any snacks or gifts or anything, that you would wrap up and give away, you can wrap it up and give it to a different kid that has cancer or leukemia or whatever they have that is struggling to put a little smile on their face,” she said.

Oliviah was diagnosed in August 2017 with Glioblastoma Multiforme Grade IV. She went to her doctor because she was having headaches. He immediately suspected the worse and sent her for a scan that revealed a tumor. She began radiation treatment a month later, but the tumor returned.

While fighting the most difficult battle of her life, this little girl’s biggest dream is to help other people. We applaud Oliviah even as we fight back tears for her courage.

The family says that right now, Oliviah’s memory is affected by the tumor. They’re spending every moment they can creating memories. Memories of Oliviah being happy in the moment. Her family says that Oliviah only has weeks left.

Join TeamOliviah at Oliviah’s Facebook page. If you’d like to send this special little girl a holiday card, you can do so at the following address:

We hope this beautiful little girl and her family make a lot of memories this holiday season.