She Searches For Father For 30 Yrs, Then Finds Hidden Message From Him Online… 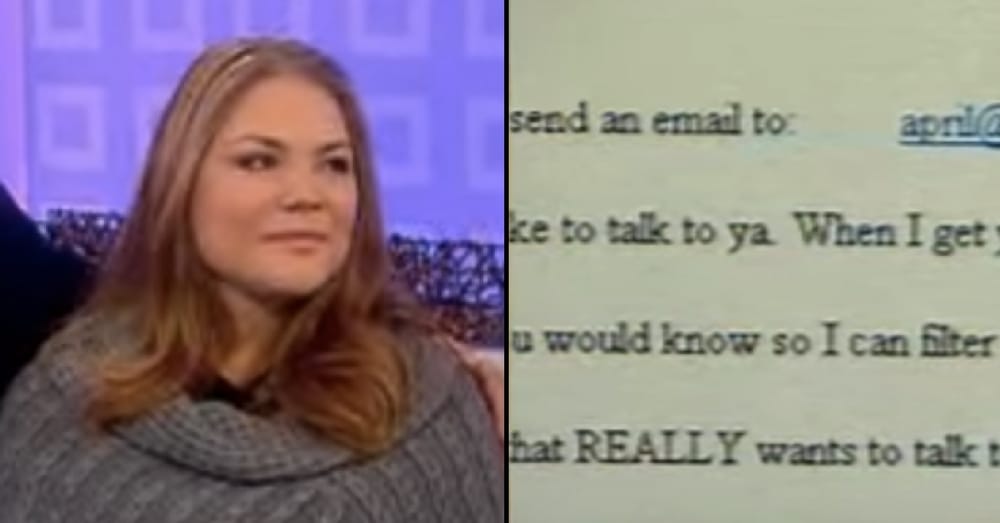 April Becker Antoniou was never quite sure what had happened. All she knew was that when she was a baby her parents had gotten into a fight, her mom had stormed off with her in tow, and she had never seen her father again.

She blamed both of her parents for what had happened, but she eventually forgave them.

“I know that they had a disagreement, and my mom thought it was best to leave. I blame them both equally for making a poor decision,” she said. “After 15 or 20 years, I decided I wasn’t going to be angry about it.”

As she got older and worked through her anger and resentment, April decided she would try to find her father. She typed his full name into different search engines, but she never had any luck finding him.

Then one day she decided to try a different phrase: “Scott Robert Becker looking for April.” That’s when she found something that left her stunned.

The search led her to AprilBecker.com, an entire website named for her and dedicated to finding her. It turned out her dad had been looking for her too!

“Dear April,” a letter on the page read, “When you read this, please send an e-mail to: april@aprilbecker.com. I’m your Dad and I would really like to talk to ya.”

April immediately sent an email to the address and finally, after all those years, she was able to reconnect with her dad. He told her he had been looking for her for years and had even paid two private investigators $40,000 to find her, but they hadn’t been any help.

That’s when he decided to create the website, and he had been waiting for a decade, just hoping that April would someday find it.

April couldn’t wait to see her long-lost father again. She welcomed him into her family and introduced him to his grandchildren.

The two missed a lot and have a lot to catch up on, but they are overjoyed to be able to begin again and look forward to being in each others’ lives from now on.

Were you happy to see April and Scott reunited? So share this!