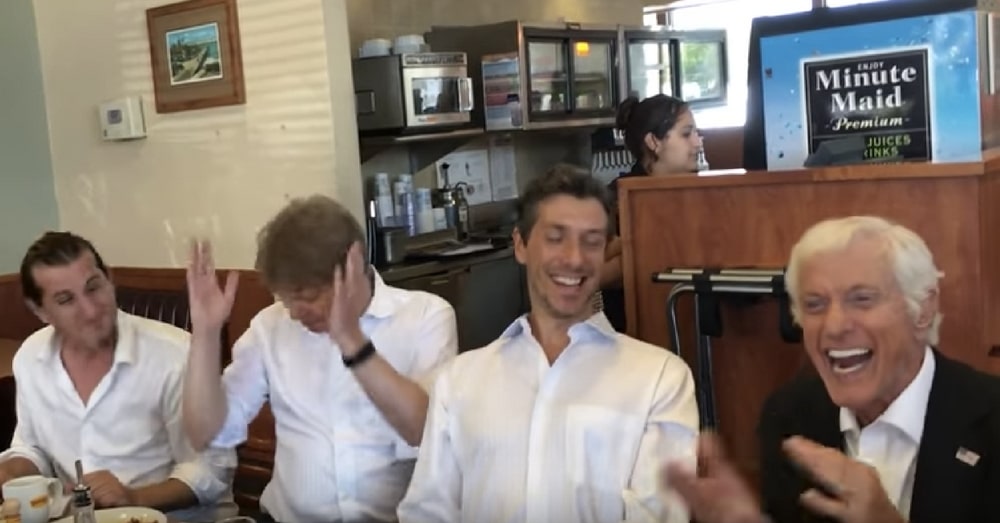 Dick Van Dyke has charmed generations of audiences with his iconic roles in movies and television shows like Mary Poppins, The Dick Van Dyke Show, and Night at the Museum.

Whether you first fell in love with him back in his early years or were introduced to him more recently, Van Dyke’s work holds a sense of nostalgia and good fun that delights people young and old.

Even though the screen legend is now 90 years old, he hasn’t shown any signs of slowing down. He still performs with his a cappella quartet, Dick Van Dyke and The Vantastix, which he formed in 2000.

Recently the group was having breakfast at a Denny’s in Santa Monica, California, when they decided to give the rest of the diners a little treat.

The quartet broke into song, delighting their fellow diner-goers with a rendition of “Chitty Chitty Bang Bang” from Van Dyke’s classic hit movie of the same name.

It goes without saying that this special moment is one those people won’t soon forget!

Do you love Dick Van Dyke? So share this!