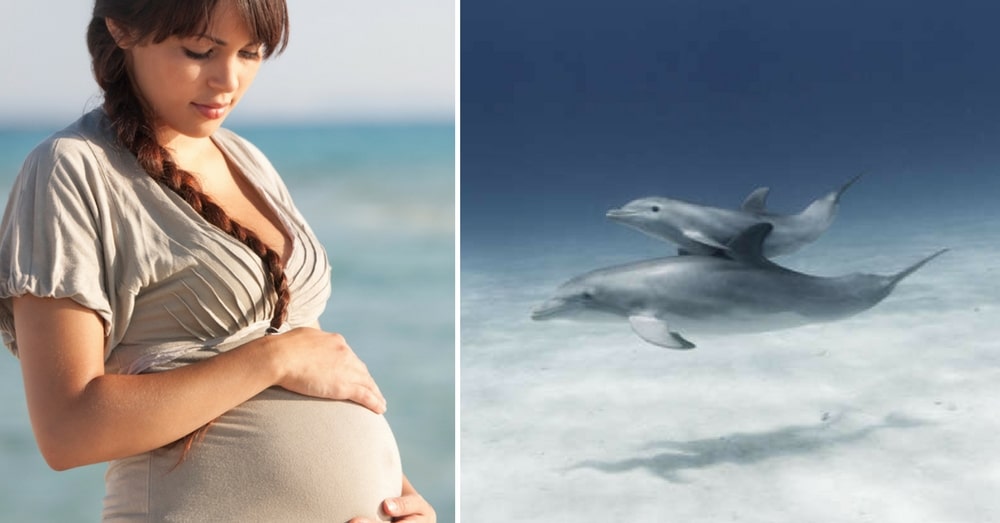 The intelligence of dolphins never fails to amaze us less-flippered friends – and we’re not just talking about the dolphin that stole a woman’s iPad this week.

New research has shown that dolphins “sing” to their unborn calves in their womb. Dolphins use “signature whistles” to identify and communicate with one another, much like we use names. Mother dolphins have been observed performing a signature whistle for the baby in the months running up to the birth and up to two weeks after.

This has been studied before, but this new research looked into the rates of these whistles and if they changed after the birth. Audra Ames, of the Marine Mammal Behavior and Cognition Lab at the University of Southern Mississippi, showed some of their findings at the annual American Psychological Association conference, Live Science reports.

“It’s been hypothesized that this is part of an imprinting process,” Ames told Live Science at the conference.

“We actually do see that human babies develop a preference for their mother’s voice in the last trimester. We don’t know if that’s something that’s going on here, but it could be something similar,” she added.

Read more about these amazing animals at IFL Science!