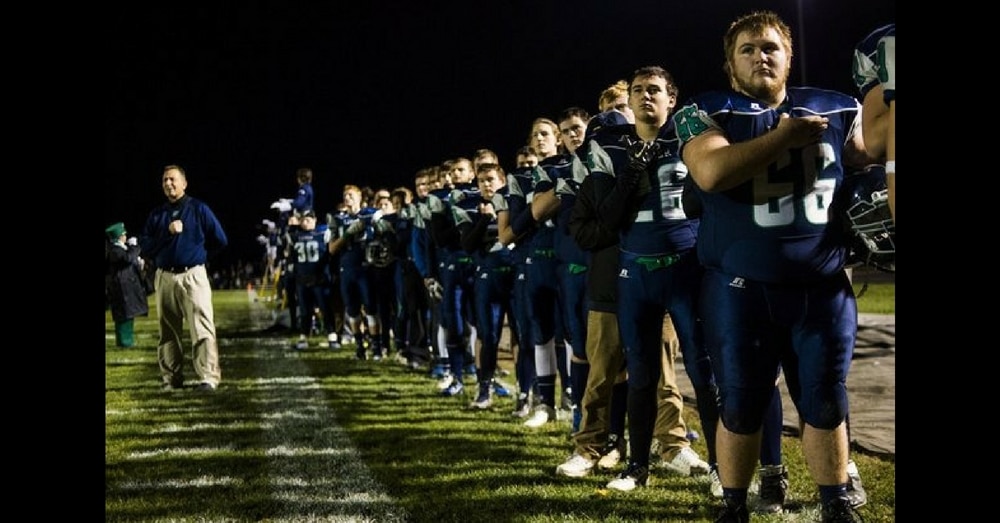 While pundits across the country debated the validity of NFL quarterback Colin Kaepernick’s decision not to stand for the national anthem, a Lapeer football team took a stand of its own; literally.

Prior to the Lapeer Lightning’s freshman football game on August 31, 2016, the team was informed by the host team announcer – Carman-Ainsworth High School in Flint Township – that the national anthem would not play before the game.

“Like most schools in the state of Michigan, we choose to play the national anthem prior to the highest level of competition,” Kindle said.

But rather than accept that there was no anthem before their kickoff, the Lapeer freshmen took to the sidelines to stand and salute the flag. Then they began to sing.

“We’re just super proud of our guys to overcome that situation and take it upon themselves to sing the national anthem. We couldn’t be prouder,” said Lapeer High School athletic director Shad Spilski.

Read more about these teens and their patriotic stand at MLive.com.