He Says He Wants Haircut Like Best Friend. When Mom Learns Why She Is Speechless… 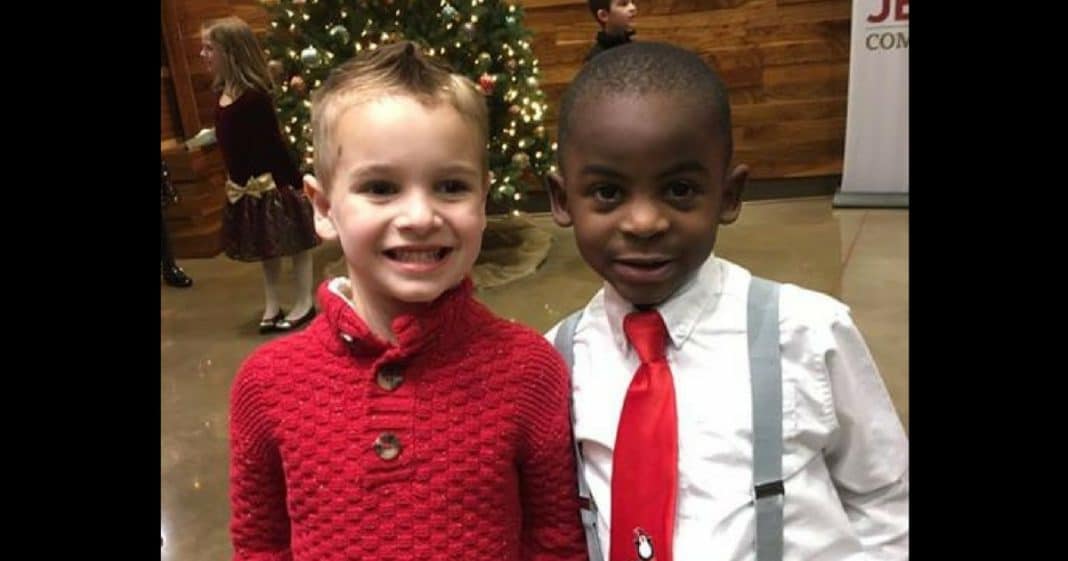 Hate, fear, and prejudice are running rampant in our world. It is heartbreaking to see so much hatred between people just because they may look or act differently from one another.

But what is the cause of all this hatred? Do people naturally fear those who are different than them, or are racism and prejudice taught?

If this mother’s touching story is any indication, prejudice is something that is instilled, not something that comes naturally. Her sweet story of love and acceptance has been going viral and has inspired thousands to follow suit.

Lydia Stith Rosebush shared this story after a particularly enlightening conversation with her son, Jax. She hopes his words will teach others to see the world the way he does.

Lydia recently mentioned to Jax that he needed to get a haircut, and that’s when Jax came up with a brilliant plan. He told his mom he wanted to get his hair shaved really short, just like his best friend Reddy’s.

That didn’t seem like such an odd request to Lydia at first, but then Jax said something that left his mom speechless.

He told Lydia he couldn’t wait to go to school on Monday with his hair cut just like Reddy’s because their teacher wouldn’t be able to tell them apart.

“He thought it would be so hilarious to confuse his teacher with the same haircut,” Lydia wrote.

While at first that just sounds like a cute, childish prank, when you know the whole story Jax’s words are actually quite profound.

“Here’s a picture of Jax and Reddy from their Christmas program,” Lydia shared. “I’m sure you all see the resemblance.”

While the physical differences between the two boys might be obvious to us, for Jax there is no difference. He sees only his friend Reddy.

“If this isn’t proof that hate and prejudice is something that is taught I don’t know what is,” Lydia wrote. “The only difference Jax sees in the two of them is their hair.”

Her story has gone on to touch thousands, many of whom have shared similar stories of children who didn’t see differences and only showed love.

As disheartening as it is to see so much hatred around us, stories like these lend hope that we can teach our children to love and not hate, to learn from those who are different instead of automatically fearing them.

If we can do this – if we can teach our children love – then there is hope for a better future and a better world.

Were you as touched by what Jax said about his friend Reddy as we were? So share this!