He Says To Go In Basket, But Dog Has Stadium Laughing-Then Cheering-With What He Does Instead 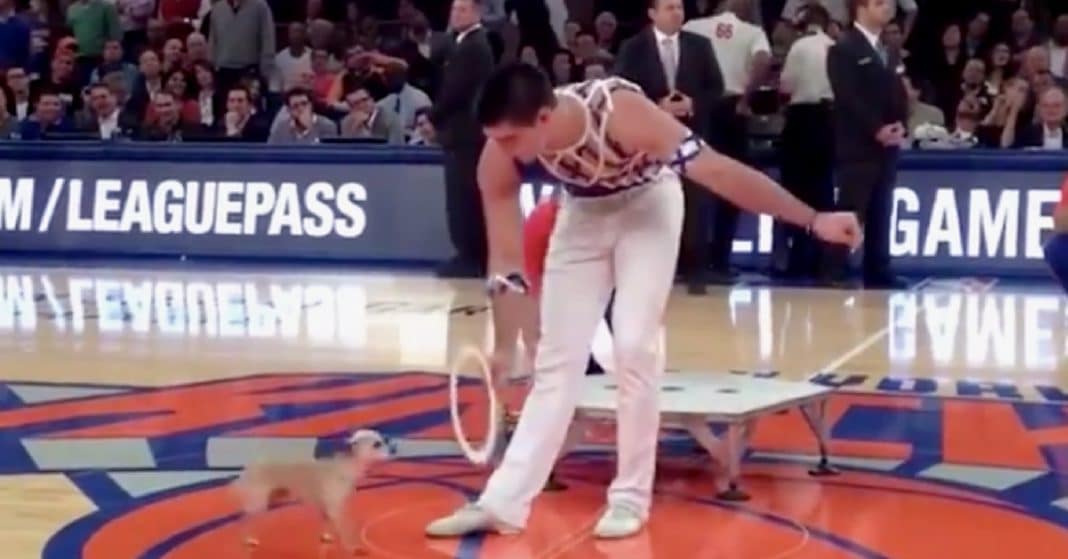 Animals are much smarter than we often give them credit for. Scientists have even been able to train goldfish and bees to do tricks on command!

Anyone who had a dog growing up knows the joys (and sometimes frustrations) of trying to teach their pet a new trick. Usually, dogs will do anything to make their humans happy, but sometimes it takes a little while for them to catch on.

Eventually, though, they perfect their new trick – whether it be sitting, spinning around, or playing dead – and they show it off to the delight of everyone around.

Well, this little pup can do much more than sit and play dead! Little Scooby and his owner, acrobat Christian Stoinev, have been wowing audiences the world over with their incredible feats!

Christian performed in many different circuses, but he rose to fame when he competed on America’s Got Talent. Though he didn’t win the whole show, he made it very far and impressed audiences with his awe-inspiring acts.

Scooby often joins Christian for his act, and the adorable little dog quickly steals the show!

At a New York Knicks basketball game, Christian and Scooby came out at halftime to wow the crowd, and wow them they did! But when Christian told Scooby to get back in his basket, the little dog’s reaction had the entire stadium in stitches!

It’s obvious this little dog loves to perform! We just can’t get enough, and we can’t wait to see what kind of jaw-dropping performance Christian and Scooby come up with next!

Did you love watching Christian and Scooby’s amazing act as much as we did? So share this!