He Says He Doesn’t Want Black Man Touching Food. What 8-Yr-Old Does Next Leaves Him In Tears 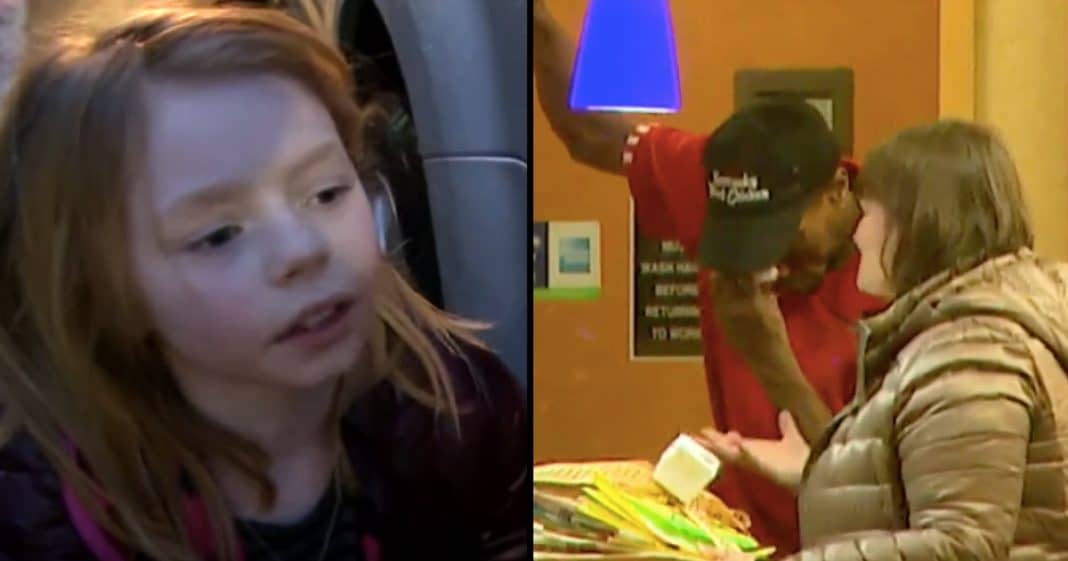 The fight against racism has been going on for decades, but sadly that doesn’t mean it has been eradicated. There are still many in our world today who hold onto their hate and ignorance, hurting many in the process.

Thankfully, though, there are people like 8-year-old Autumn Masarang who are fighting racism with love and kindness.

Autumn was at a KFC in White Center, Washington, with her mom, Danee, when they witnessed something that left them both stunned and broken-hearted.

A man had come into the restaurant to grab some food, but when he saw there was a black man working in the kitchen he loudly told the person at the counter, “I don’t want any black man touching my food, so you have to re-cook it.”

Danee and Autumn couldn’t believe what they had just heard. How could anyone still be so hateful and ignorant?

They could tell the cook was deeply hurt by the racist man’s comments so, after leaving the restaurant, the mother and daughter decided they wanted to do something to lift his spirits and let him know there were people who loved and cared for him, no matter what his skin color.

“It just needs to be heard that this is just not tolerable,” Danee said. “Somebody was hurting, so what could I do to help that person?”

She got in touch with her friend Jana who works as an art teacher at their local Christian school and asked her to help. Jana had an idea to have her students make cards for the cook, and several of them went back to the KFC to deliver the cards personally, along with a drawing Jana had recently done of Martin Luther King, Jr.

She noted that she knew about racism, but had only ever seen it in her history books until this incident.

“Like Rosa Parks – she had to be on the back of the bus,” she said. “That was a long time ago and people still do that. That’s really silly.”

The fact that these children had only ever seen racism in their history classes does lend hope that racism can indeed be eradicated, but it is clear there is still much work to be done.

Hopefully the kindness these young kids have shown the cook will be a step toward repairing the damage that has been done and inspiring others to spread love instead of hate.

When they took the cards to the man it was clear he was deeply touched by their kindness. He wiped tears away from his eyes as they spoke to him and presented him with the cards.

When asked how the delivery had gone as she made her way back to her car, Autumn told news crews, “It was really great.”

Were you touched by what Autumn and Danee did for this man? So share this!