Santa Grants Dying Wish Of Terminally Ill Boy. What Happens Next Is Amazing 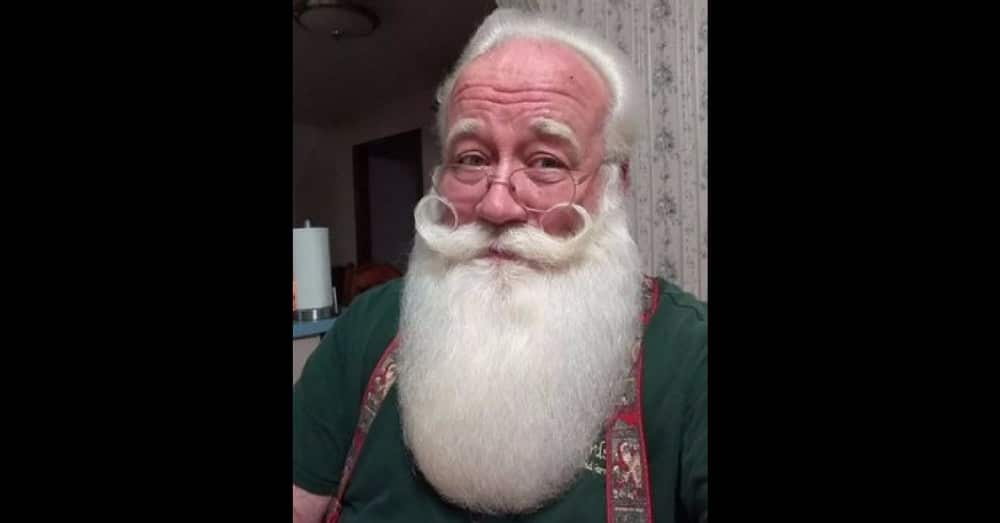 Eric Schmitt-Matzen was born to play Santa Claus. At 6-feet tall and 310 pounds, he says he has “just enough of a lap for the kids to sit on.” His warm chuckle and real, snow-white beard complete the magic.

Not only does Eric embody the spirit of Santa, but he lives for Christmas, working about 80 gigs every year. He wears Santa suspenders every day, and his cellphone, which has a “Jingle Bells” ringtone, has a countdown to Christmas all year long.

Yes, Eric is the perfect Santa Claus, but nothing could prepare him for the call he got a few weeks ago.

He had just gotten home from his regular job as a mechanical engineer and president of Packing Seals & Engineering when he got a call from a nurse he knows. She told him there was a very sick 5-year-old boy who wanted to see Santa and asked if he would be able to come to the hospital.

“I told her, ‘OK, just let me change into my outfit,'” he recalled. “She said, ‘There isn’t time for that. Your Santa suspenders are good enough. Come right now.’”

Eric got to the hospital in 15 minutes where he was met by the boy’s mother and several other family members.

“She’d bought a toy from (the TV show) PAW Patrol and wanted me to give it to him,” he recalled tearfully. “I sized up the situation and told everyone, ‘If you think you’re going to lose it, please leave the room. If I see you crying, I’ll break down and can’t do my job.’”

Everyone stayed outside and watched tearfully from the hallway window as Santa took a deep breath and entered the room.

“When I walked in, he was laying there, so weak it looked like he was ready to fall asleep. I sat down on his bed and asked, ‘Say, what’s this I hear about you’re gonna miss Christmas? There’s no way you can miss Christmas! Why, you’re my Number One elf!

“I gave him the present. He was so weak he could barely open the wrapping paper. When he saw what was inside, he flashed a big smile and laid his head back down.”

“When you get there, you tell ’em you’re Santa’s Number One elf, and I know they’ll let you in.

“He kinda sat up and gave me a big hug and asked one more question: ‘Santa, can you help me?’

“I wrapped my arms around him. Before I could say anything, he died right there. I let him stay, just kept hugging and holding on to him.

“Everyone outside the room realized what happened. His mother ran in. She was screaming, ‘No, no, not yet!’ I handed her son back and left as fast as I could.”

“I spent four years in the Army with the 75th Rangers, and I’ve seen my share of (stuff),” Eric said. “But I ran by the nurses’ station bawling my head off. I know nurses and doctors see things like that every day, but I don’t know how they can take it.’”

“I cried all the way home,” he said. “I was crying so hard, I had a tough time seeing good enough to drive.”

In fact, Eric was so affected by the heartbreaking visit that he didn’t think he’d ever be able to play Santa again.

“I was a basket case for three days,” he recalled. “It took me a week or two to stop thinking about it all the time. Actually, I thought I might crack up and never be able to play the part again.”

A few weeks later, though, Eric gathered up enough strength to do one more gig, and it was there that he found his healing.

“When I saw all those children laughing, it brought me back into the fold. It made me realize the role I have to play.

Eric is exactly the kind of Santa this world needs.

Were you touched by this heartbreaking story of Santa granting this boy his dying wish? So share this!