When She Said She Lived In This Container I Was Skeptical, But When I Saw Inside…Holy Moly! 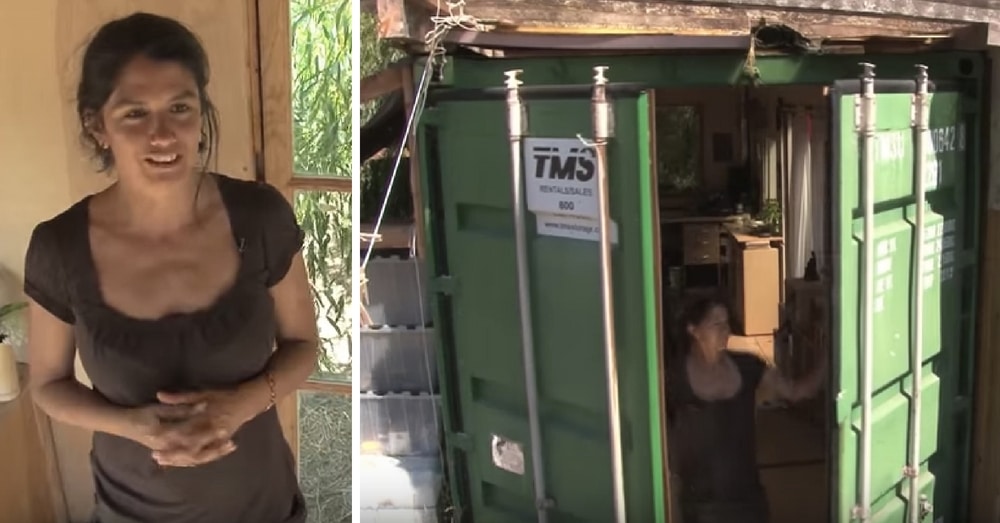 When single mom Lulu needed to find a new place to live, she decided to get creative. She didn’t have very much money to spend and she wanted to use what money she did have to fund her education.

Lulu found a shipping container that had been used to transport items back and forth between China and the United States. The container was free and Lulu decided that even though she had very limited construction experience – all she had done before was remodel a boat – she would try her hand at transforming the tiny space into a home for her and her daughter.

From the outside, it doesn’t look like much; but even though the interior is tiny – only 160 square feet – Lulu has transformed the space into a home.

“When you don’t have money you just get creative,” she said. She found items like windows and flooring and dressers at the junkyard and used them to create a little bohemian haven.

Later, when Lulu decided they needed a little more space, she found a flatbed trailer and converted that into a bedroom. She now has plans to connect both of the small buildings with a green house.

While it may not be traditional (and some might question Lulu’s choice for a home to raise her daughter in), the Argentina native says that for her it’s all worth it because it gives her more time to spend with her daughter.

“This was really a choice,” she said, “about how many hours do we have to our life and how do I want to spend those hours.”

Were you as amazed as we were when you saw inside Lulu’s “house”? So share this!