Sad Dog Forced To Wear ‘Cone Of Shame,’ But Watch What Feline Friend Does Next 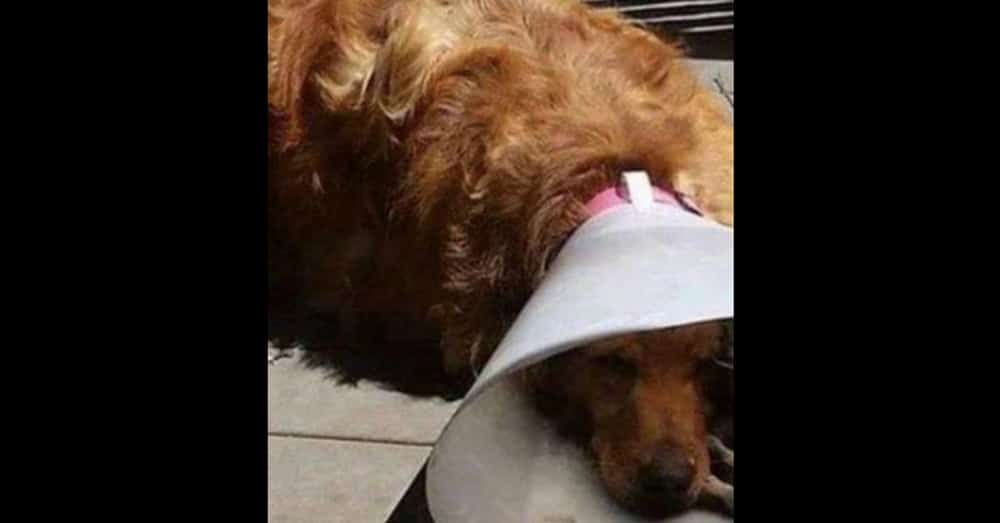 Sometimes when you are in pain or discomfort all you want is a friend who will just be there for you. They can’t do anything to make you feel better, but their presence alone is enough to make a bad situation better.

Such was the case when this sweet golden retriever had to be put in a medical cone so she would stop biting and licking at a recent injury.

Dogs always look so sad when they are in their “cones of shame,” and it’s not hard to understand why – I would hate to have something around my neck that made annoying sounds louder and kept hitting walls when I tried to walk! Unfortunately, sometimes they are necessary.

When this golden had to be put in a cone, though, she had one friend who was determined to stick by her until the very end. This sweet photo of the dog’s feline friend sitting in her cone has been going viral, and it’s not hard to see why!

While dogs and cats are notoriously known for being mortal enemies, some go against the pack and actually form some deep bonds, as is clear from this picture.

We hope this sweet pooch recovers soon! At least in the meantime she has her good friend there to keep her company and help make the recovery a happier one.

Did you love this photo as much as we did? So share this!