Owner surrenders sad dog with his bed and all his toys, abandons him at shelter 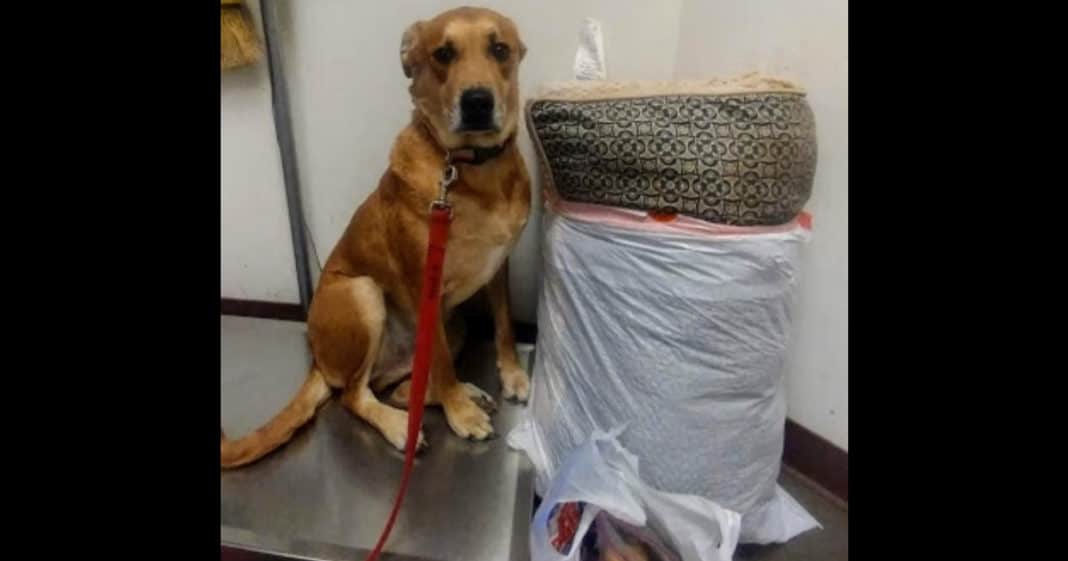 There are some bad people in the world who abandon their pets. Often, these bad people will simply turn their vulnerable and defenseless pets out into the world by dropping them off on a street or in someone’s yard. Others will dump their pets at a shelter. The thing is, we can’t know the circumstances through which people make the decision to do this. We just know that it’s hard on the animals and unfair to them.

But sometimes, a pet owner does the right thing—and maybe they’re doing the best they can do—when they can no longer take care of a pet. They try to find their pets homes or drop them off at shelters as a last resort. This happened to a lovable dog named Wall-E. 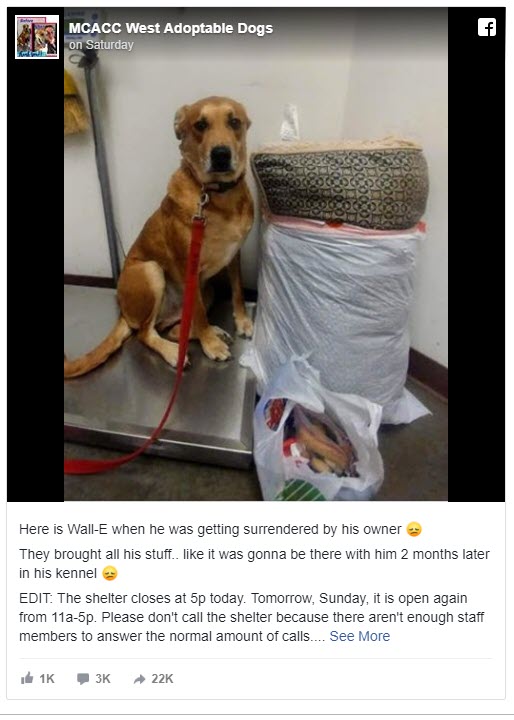 When Wall-E’s owner surrendered him to the Maricopa County Animal Care & Control shelter, the owner was devastated and in tears. They didn’t just dump him. They lovingly brought Wall-E into the shelter and brought his bed and all of his toys in with him.

They brought all his stuff.. like it was gonna be there with him 2 months later in his kennel.

Wall-E was terrified. The shelter staff said that he was “very fearful and defensive in play group so he will need a meet and greet with another dog.”

Poor baby. But Wall-E’s story had a happy ending. After his photo and his story went viral, he was spotted by a lady named Lynn Lee, who fell in love with him and took him to his forever home on November 25th. 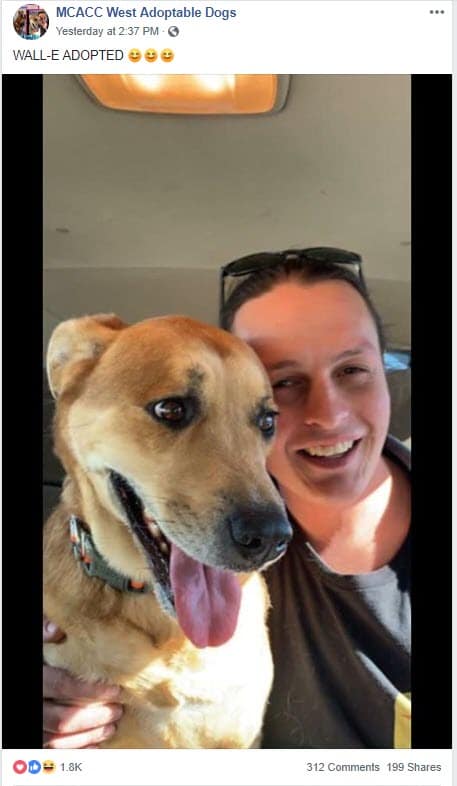 Many people rushed to judgment of Wall-E’s original owner. It’s hard not to. Most people love animals, recognize their vulnerability, and we tend to jump to their defense. But the shelter suggested everyone go a little more lightly on the former owner, even while recognizing that Wall-E deserves better.

“Please don’t bash his previous owners though,” they wrote. “We don’t know the whole story. What we do know is the owner was heartbroken and crying.”

“It was hard to finally help them leave. The staff was crying with the owners. We don’t believe this decision was taken lightly.”

The MCACC is a kill shelter. They’re the “2nd largest intake shelter in the U.S.” and while they do everything they can to try to place pets with a new family, the problem of overpopulation is overwhelming and they often have no choice unless volunteers step in to foster pets or pay for boarding.

When we adopt a pet through whatever means, it’s a lifelong commitment. It should never be taken lightly. We’re not suggesting that everyone should just take their pets to the shelter when they tire of them. But life happens. Things happen. You never know what your situation is going to be. Rather than bash on Wall-E’s heartbroken former owner, we can hope that he or she has some peace and joy that Wall-E is at his forever home at last.