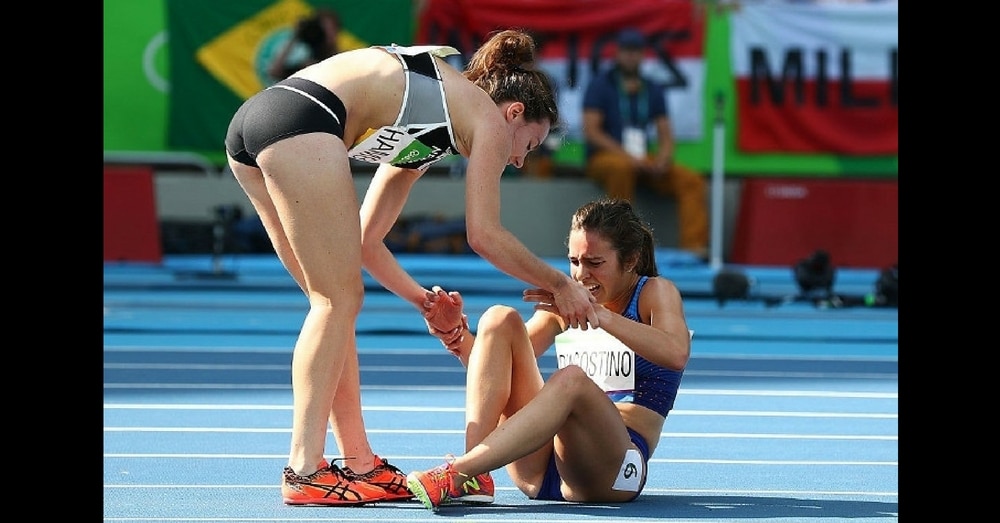 United States runner Abbey D’Agostino and Nikki Hamblin, a runner from New Zealand, made headlines this week after colliding during the women’s 5,000 meter semifinal race. They were 3,000 meters into the race when D’Agostino clipped Hamblin’s heel, sending them both sprawling.

In what is being hailed as a true showing of Olympic spirit, the two both tried to help each other up so they could finish the race. When it became clear that D’Agostino had injured herself, Hamblin helped her along the track until D’Agostino told her to go on without her.

Needless to say, the two women finished the race in the two last spots, seemingly ending their chances at a medal. But their display of sportsmanship in the face of adversity impressed many and the two have both been given spots in Friday’s finals.

Read more about these inspiring runners at Distractify!