Rude Stranger Tells Mom Her Son Is ‘Repulsive.’ Mom’s Response Is Beyond Perfect 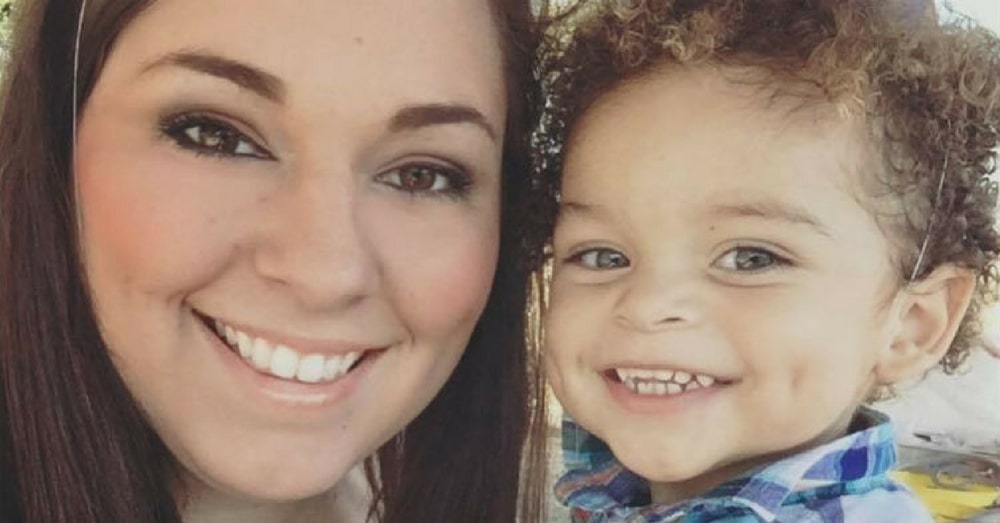 Dallas Fowler was at her local Walmart recently when a rude women next to her in line said something awful about her son. Even though she wanted to pummel the woman, Dallas decided to respond with dignity and use the opportunity to teach a lesson we all need to hear.

Dallas and her 2-year-old son Jameus were standing in the check-out line when Jameus reached up for a hug. As any loving mother would do, Dallas picked her son up and gave him a quick hug. It was then that another woman in line went into a tirade that left the young mom stunned.

You see, Jameus suffers from Hirschsprung’s disease, a condition of the large intestine that kept his colon from fully forming. The young boy has already had to undergo more than 20 surgeries and faces more in the future, and he has to wear colostomy bags to collect the waste his body expels.

When Dallas picked her son up his shirt lifted, revealing the colostomy bags. When the other woman saw them she was disgusted, and she had no problem sharing her opinion with everyone else in the store.

She told Dallas to cover up her “repulsive” son and then demanded to know what was wrong with him. Even after Dallas explained, though, the woman continued to insist that the bags – and her son – were disgusting.

“Well I am sorry but I just think that is so ‘repulsing’, can you please keep his shirt down?” the woman spat at Dallas.

Dallas was stunned that the woman would ever say something like that, especially about an innocent little boy.

“At this point I just wanted to shake this woman and scream ‘what is wrong with you?!’” the angry mom later wrote on Facebook. “But instead, I told her to have a good night and went to another line.”

She wants people to see Jameus – and others with disabilities – as they are: normal human beings with hopes, dreams, feelings, and emotions just like every other person on the planet.

“He’s my heart,” she said of Jameus. “He is so funny, and full of personality. He is sweet and loving and kind but also a little ball of fire.”

“Please be kind and choose your words wisely,” she continued, “especially should you choose to comment about something that is none of your business. Everyone is fighting a battle you know nothing about, and my son is winning his.”

Do you think Dallas had the right response to this woman’s rude comments? So share this!