Rude Passengers Won’t Give Up Seats For Struggling Mom. What Bus Driver Does Next Is Golden 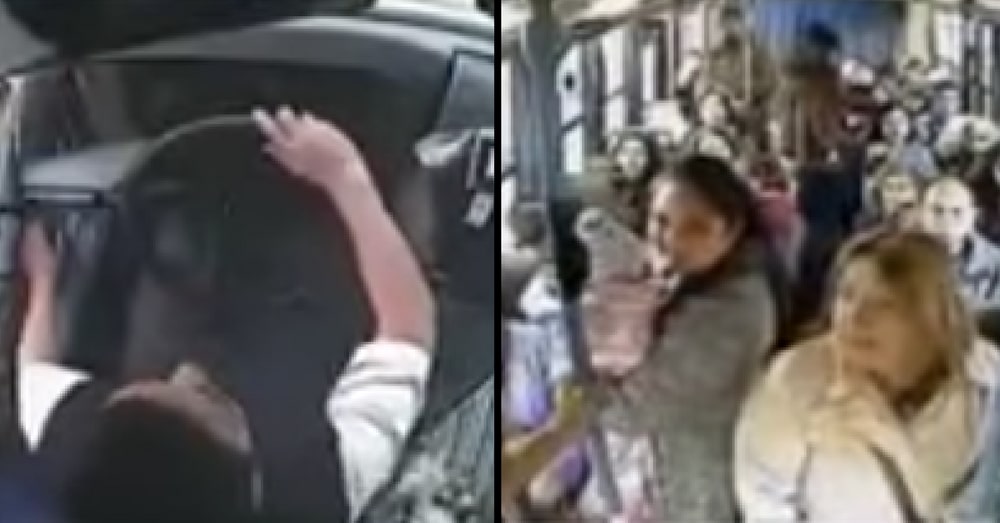 When you look around the world today it sure seems like chivalry is dead. There was once a time when a gentleman wouldn’t hesitate to give up his seat for a lady, when someone would stop what they were doing to assist an elderly person. Unfortunately, those instances are rare these days.

Thankfully there are still some people who follow these customs of human kindness, and the actions of one such bus driver in Chile will hopefully encourage others to do the same.

While driving one of his routes, a mother holding a baby got on the crowded bus. There were no empty seats, yet not one person on the bus offered to give up their seat for her.

The bus driver continued on his route for a little while, but he got fed up watching the mom try to hold onto her baby and cling to the pole to keep herself upright on the bouncy roads.

Finally, unable to stand it anymore, the driver got up and offered the woman his own seat.

It was pretty obvious that the bus couldn’t go anywhere if the driver was not in his seat, and soon the other passengers began to understand the point he was trying to make.

He lectured the passengers on their lack of concern for the obviously struggling mother, and eventually one woman stood up and offered up her seat.

Hopefully the driver’s actions pricked the consciouses of the other passengers. It’s nice to see that chivalry is not completely dead after all!

Were you glad to see the bus driver stand up for this struggling mom? So share this!