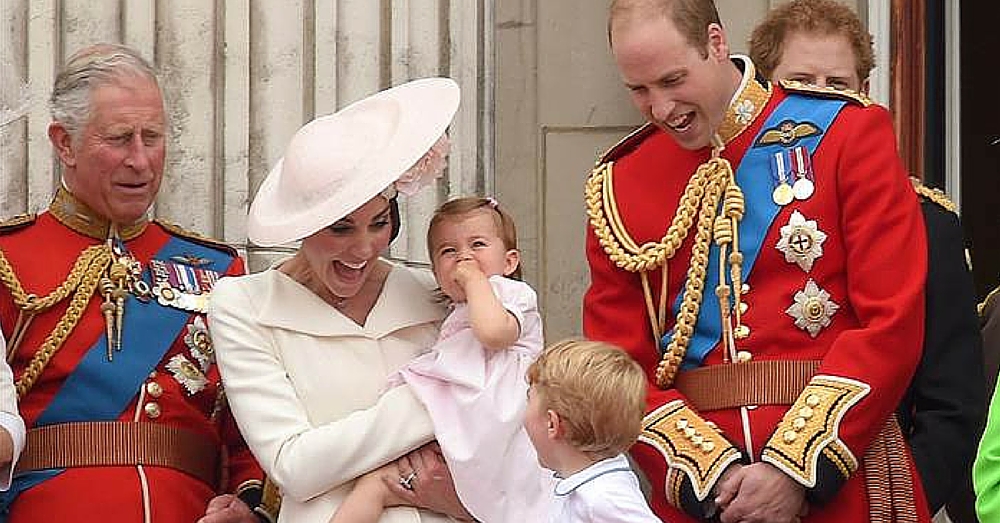 Four generations of the royal family stepped out for Queen Elizabeth’s 90th birthday parade Saturday, but it was the youngest family members — Prince George and Princess Charlotte — that stole the show!

It was George’s second appearance at the annual Trooping the Colour parade, and 13-month-old Charlotte’s first, and the royal brother-sister duo watched the parade’s Royal Airforce flyover with awe, joined by their mom and dad: Duchess Kate and Prince William. 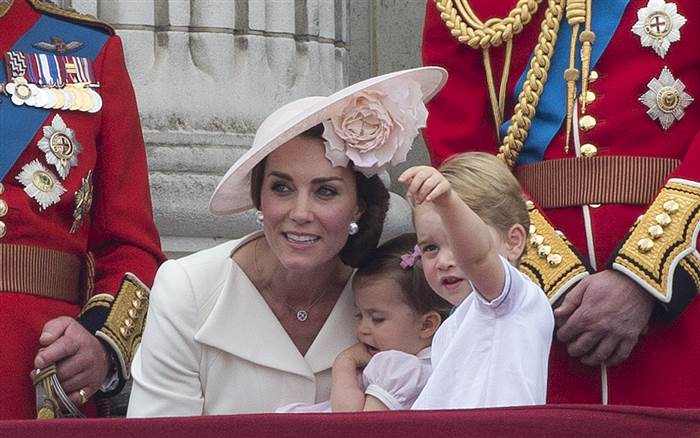 Duchess holds her daughter, Princess Charlotte, and kneels by her son, Prince George, on the balcony of Buckingham Palace to watch a fly-past of aircrafts by the Royal Air Force. 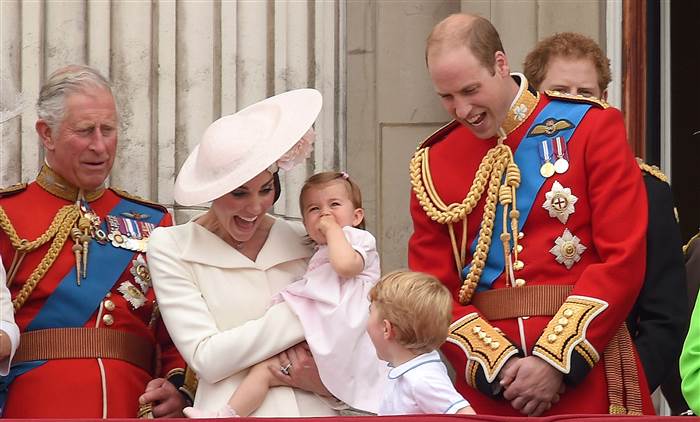 The ceremony is Queen Elizabeth II’s annual birthday parade and dates back to the time of Charles II in the 17th Century when the Colours of a regiment were used as a rallying point in battle.

Now the oldest-living and longest-serving British monarch in the country’s history, Queen Elizabeth stepped out Saturday in a bright and festive green suit. Prince Harry, Prince Charles and Duchess Camilla were also among the balcony attendees.

Although the queen’s birthday was in April, it’s been British tradition for centuries for monarchs to publicly celebrate their birthday in the summer to take advantage of the good weather. This year’s Trooping the Colour parade included 1,400 soldiers, 200 horses and 400 musicians, as well as thousands of bystanders.