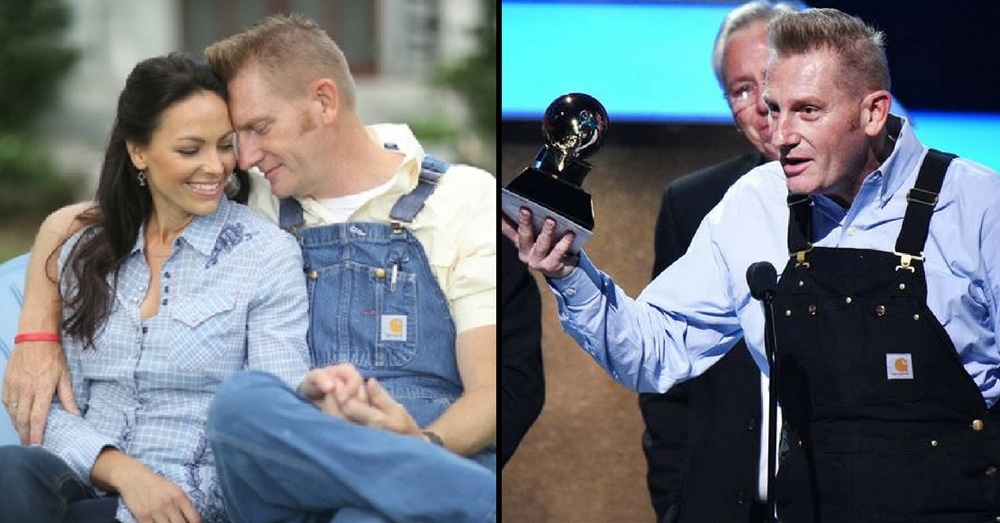 Country music duo Joey + Rory touched millions with their heartbreaking story of love and loss as they publicly shared Joey’s two-year battle with cervical cancer with their fans.

Sadly, Joey passed away on March 4, 2016, at the age of 40, but not before completing one last album with her husband, called “Hymns That Are Important to Us.”

“She sang her vocals in hotel rooms while she did chemo and radiation and it finally came out a year ago, almost exactly,” Rory said.

On Sunday, that album won a Grammy for best roots gospel album, and Rory’s poignant acceptance speech at the event left the entire room in tears.

“This is to my wife,” he said, recalling how he watched last year’s Grammy Award ceremony with her in her final days.

“And we sat together in the final days and watched this award ceremony last year — and she said, ‘If we get nominated, promise me you will come.’ And I said, ‘I will.’”

Then, with a smile, Joey told Rory, “If we win, I’ll know before you will.”

We know Joey was looking down with pride and love last night as the love of her life paid tribute to her and the life they shared together.

Rory’s memoir about their life together, titled, “This Life I Live: One Man’s Extraordinary, Ordinary Life and the Woman Who Changed It Forever,” will be released on Valentine’s Day.

Were you touched by what Rory said in his acceptance speech? So share this!