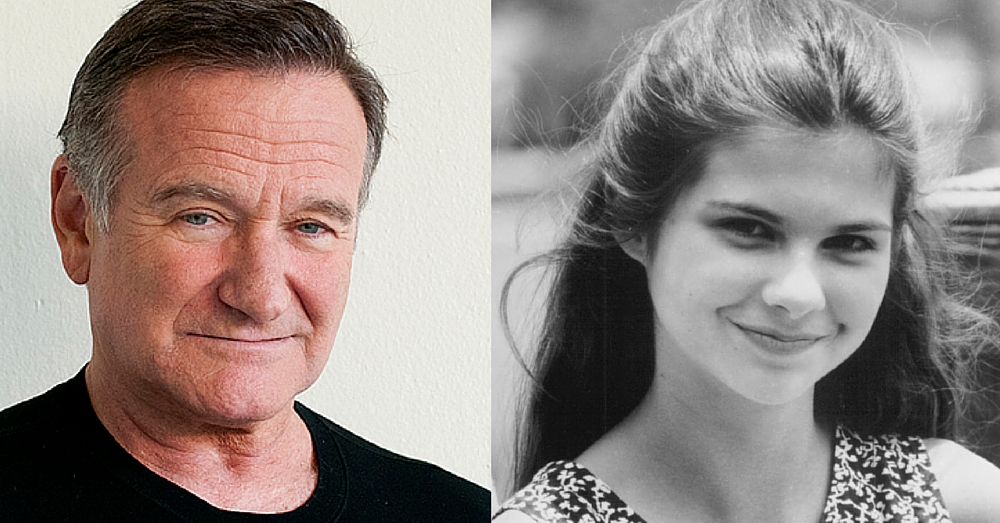 In the years since she left Hollywood to become a mom and settle down, Mrs. Doubtfire actress Lisa Jakub has still been active on social media. Jakub is best known for playing the eldest daughter of Sally Field and Robin Williams’ characters in the classic family film…

[A]fter the world learned of the death of Williams, Jakub shared how her Mrs. Doubtfire co-star went out of his way to alter the course of her life.

As a young actress working on the eventual hit 1993 movie, Jakub had to take five months off from school to film. The school eventually decided that Jakub didn’t meet their standards [and] dismissed her. “My job meant an increased workload for teachers, and they were not equipped to handle a ‘non-traditional’ student. So, during filming, they kicked me out,” Jakub said.

“When I arrived at work the next day, Robin noticed that I was upset and asked me what was wrong. I explained what had happened, and the next day, he handed me a letter that he wrote to my school. He explained that I was just trying to continue my education while pursuing my career,” she wrote.

“He wrote embarrassingly kind things about my character and my work, and requested that they reconsider and allow me to return to my classes.”

Despite Williams’ best efforts, she was not invited back. While she was disheartened at the time, Jakub believes that this one act of kindness from a monumental presence in her life, has had a lasting impact on the person she has become.