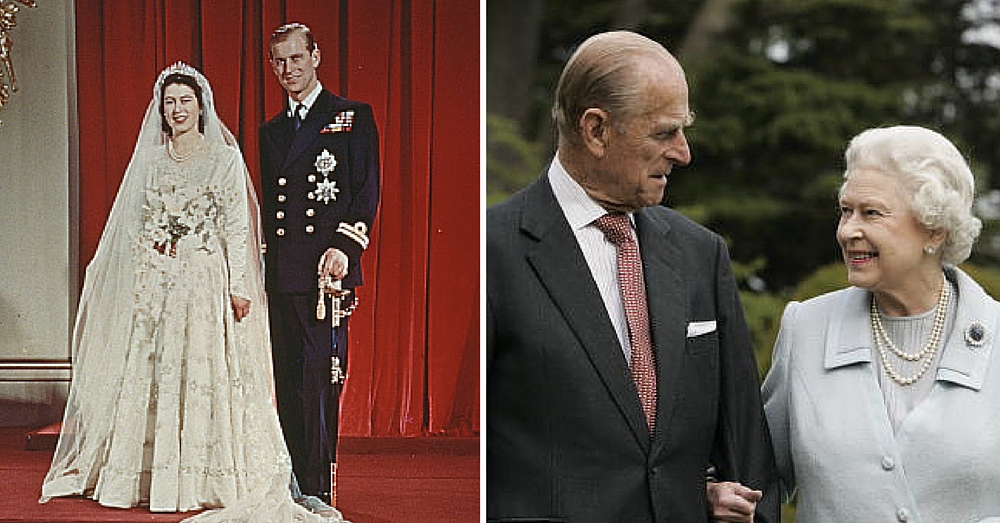 All marriages have their highs and lows. All couples bear the weight of different pressures that threaten the structure of their marriages.

When you are queen, those pressures are especially strong; but somehow Queen Elizabeth, 90, and Prince Philip, who turns 95 today, have managed to keep their relationship strong through 68 years of marriage – the longest royal marriage in history.

The couple’s biographer, Gyles Brandreth, has some unique insights into what makes their marriage work. In an essay for the new issue of Britain’s Radio Times, he provides some reasons for why their marriage has lasted so long.

The first is that Philip makes the queen laugh. Known for his dry wit and uncensored humor, “the Duke of Edinburgh is a funny man,” Brandreth wrote. “He is the fellow who said, ‘If you ever see a man opening the car door for his wife, it’s either a new car or a new wife.’ He has been making the Queen laugh for more than 70 years.”

Brandreth also said that Philip is his own man and doesn’t just take a back seat in their relationship. At Queen Elizabeth’s coronation in 1953 Philip vowed to be her “liege man of life and limb,” and while he dutifully fulfills his role as the Queen’s consort, Brandreth wrote that “The Queen wears the crown, but her husband wears the trousers. He is the power behind the throne: steadfast, never-failingly supportive.”

Additionally, “no one in the world treats Elizabeth II entirely normally – except for Prince Philip.” He is her rock and the one that truly knows her and allows her to be herself. “Conversely,” Brandreth said, “the Queen is the only person in the world who can say to the Duke of Edinburgh, ‘Oh Philip, do shut up.’ And she does.”

Finally, the queen and prince accept each other’s differences. Phillip “is dynamic, outgoing, adventurous, challenging,” Brandreth wrote, while the queen “is conservative, placid, content to do things as they have been done before. He reads a good deal, where she doesn’t. He has infinite patience. She has rather less . . . As a couple they are allies, but that doesn’t mean they don’t have their differences.”

Are you inspired by Queen Elizabeth and Prince Philip’s long-lasting marriage? So share this!