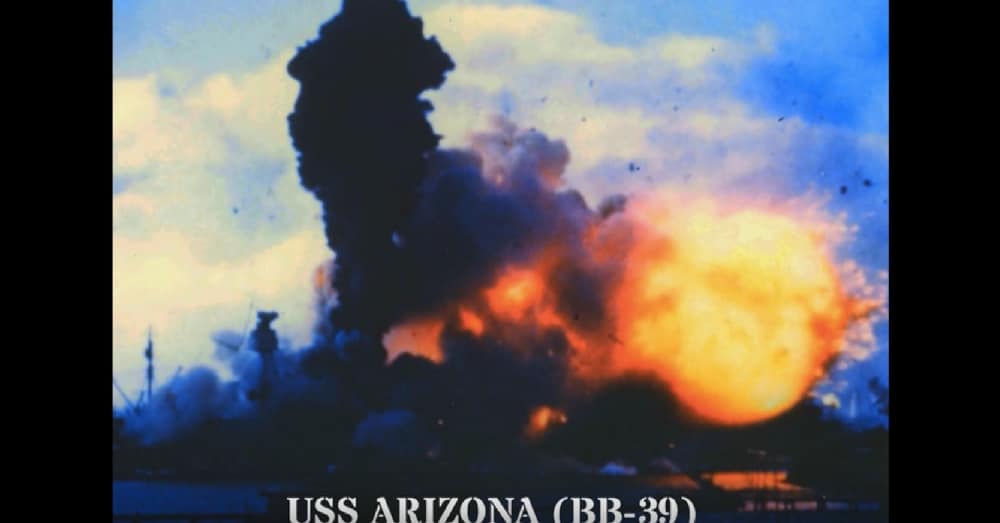 This is all original color film, not black and white film that has been colored, or stock footage made by a studio. This is the only known real color film of the attack on Pearl Harbor.

This COLOR footage of the Japanese attack on Pearl Harbor was shot by CWO4 Clyde Daughtry. The original footage has since been lost, and the poor quality of this footage is due to the fact that it is a copy.

Over 3,000 American lives were lost in the attack on Pearl Harbor in 1941. It was this attack that brought the United States into the Second World War.

Learn more about this historic footage and the impact of Pearl Harbor on The Federalist Papers.