Revealed: Debbie Reynolds’ Last Words Before She Died Will Break Your Heart 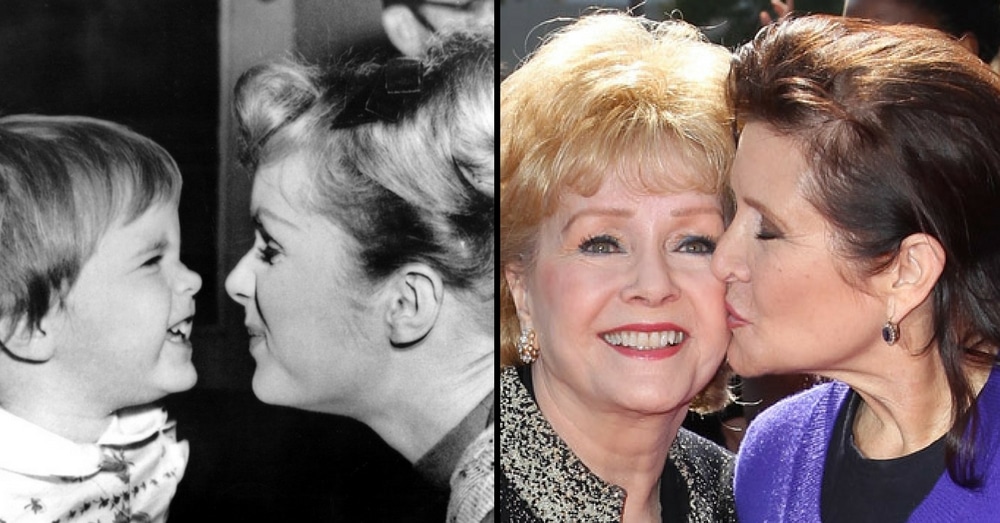 Even when her child is grown and has children of her own, a mother’s heart will always see her as her sweet little one. And when a mother has to bury her own child, the grief may be too difficult to bear.

As I heard it said one time, it is unnatural for a parent to have to bury their child. That is not the order of how things are supposed to go.

When actress Carrie Fisher (of Star Wars fame) died earlier this week, the grief was too much for her mother, actress Debbie Reynolds, to bear. Just one day later it was announced that Debbie had had a stroke, and she soon also passed away.

But it was Debbie’s last words before she died that reveal the love she had for her daughter and the immense pain she felt after losing her.

Todd Fisher, Carrie’s brother and Debbie’s son, said he was working with his mother to make funeral arrangements for Carrie and Debbie was having a very hard time with it.

Tearfully she told him, “I miss her so much, I want to be with Carrie.”

Just 15 minutes later Debbie suffered what they suspect to have been a stroke and she passed away shortly thereafter.

In an interview with Variety Todd could only explain it one way: “She wanted to be with Carrie.”

This is a tragic and heartbreaking time for the family, but they can find comfort knowing that Carrie and Debbie are back where they wanted to be – together.