Retiring Officer Makes Final Call. All Of A Sudden He Hears His Son’s Voice Over The Radio 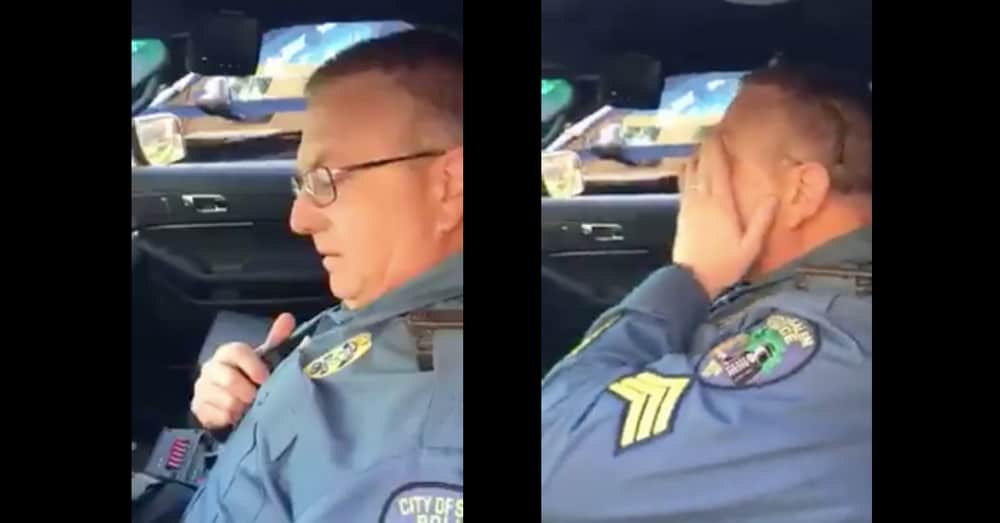 The day a person retires is always a big day met with lots of different emotions. There is the joy that comes from knowing you have made it to the finish line, but there is also sadness when it hits you that you will be leaving people, a place, and a job that made up a significant portion of your life.

When retiring Salem City Police Sgt. Douglas Hogate Sr. gave his final Code 3 – meaning he was signing off the radio – the moment was an especially emotional one because of who happened to be on the other side of the radio.

“That’ll be Code 3 for the final time,” he said into his radio.

That’s when he heard a familiar voice. The voice of his son, Douglas Hogate Jr., a 9-1-1 dispatcher, came through the radio.

Sgt. Hogate couldn’t help but tear up as his son gave him the honor he deserved. The emotional moment has since gone viral and has been viewed and shared millions of times.

Were you touched by the way this son honored his dad? So share this!