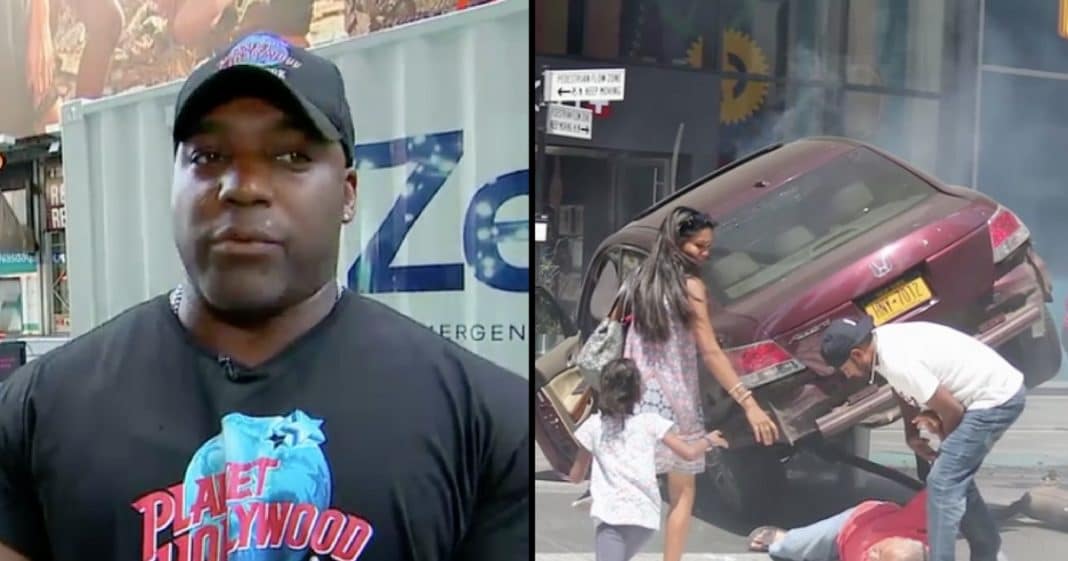 A Planet Hollywood door supervisor tackled the driver who plowed into pedestrians in Times Square Thursday and helped hold him, he told ABC News.

Kenya Bradix, 47, said he saw a car driving the wrong direction on 7th Avenue between 44th and 45th Streets, and then saw it crash.

The driver of the car, identified by police as Richard Rojas, 26, of the Bronx, was screaming and flailing as he got out of the car after hitting multiple people, Bradix said.

Then, a traffic agent told Bradix to “get him,” he said.

“I ran toward him and tackled him down,” Bradix said, adding that he was assisted by an off-duty police officer and two passers-by.

An 18-year-old woman died and 22 other people were injured in the crash.

Bradix said he didn’t realize what the driver had done until he saw bodies lying in the street.

Bradix, who has been working at Planet Hollywood since 2000, added he doesn’t consider himself a hero.

“I was just doing something that I hope people would do, because I was trying to do the right thing,” he said.

See Bradix’s interview and read about what happened to Rojas after he was apprehended on ABC News.