Rescuers Try To Help Stranded Stingray, But Then Things Take A Surprising Turn 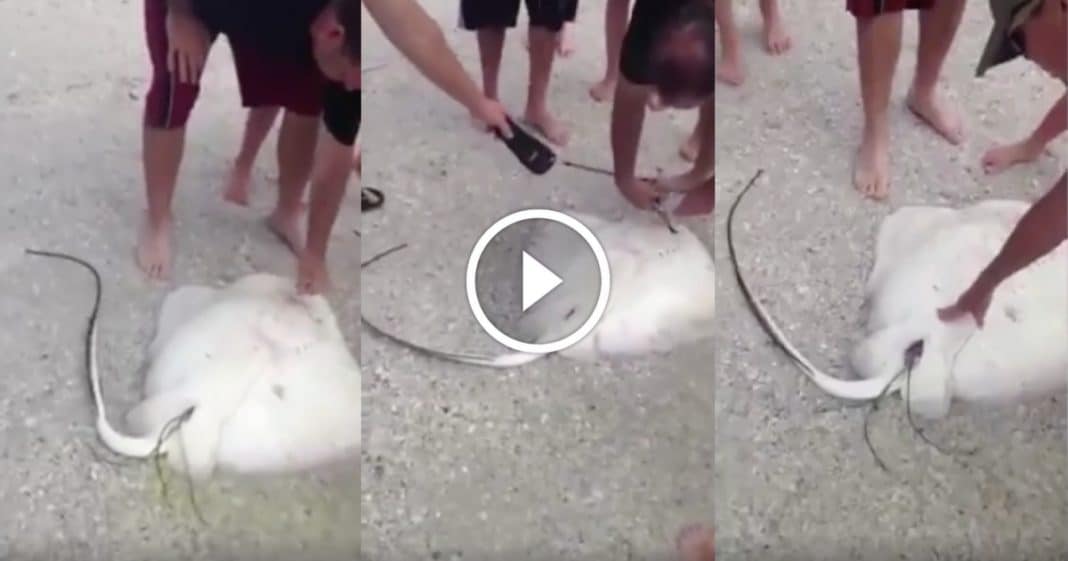 Some animal-loving beach-goers were in for the surprise of a lifetime when they found a stingray washed up on shore with some fishing line stuck in its mouth.

They gathered around as some men tried to get close enough to help the ray without getting hurt.

As they got closer they noticed something sticking out of a hole near the ray’s tail and one of the men reached for it.

That’s when something happened that they never saw coming…

Four little baby stingrays popped out of the mother’s stomach, and the rescuers helped get them into the water before also freeing their mom!

While the other people on the beach should have been more quiet and calm so as not to alarm the already frightened mother, and while it’s usually best to allow animals to give birth naturally and on their own, we commend these rescuers for helping the stranded ray and saving her babies.

This was definitely a once-in-a-lifetime experience for everyone involved, and an incredible event to witness!

Were you amazed to see this ray begin to give birth on the beach? So share this!