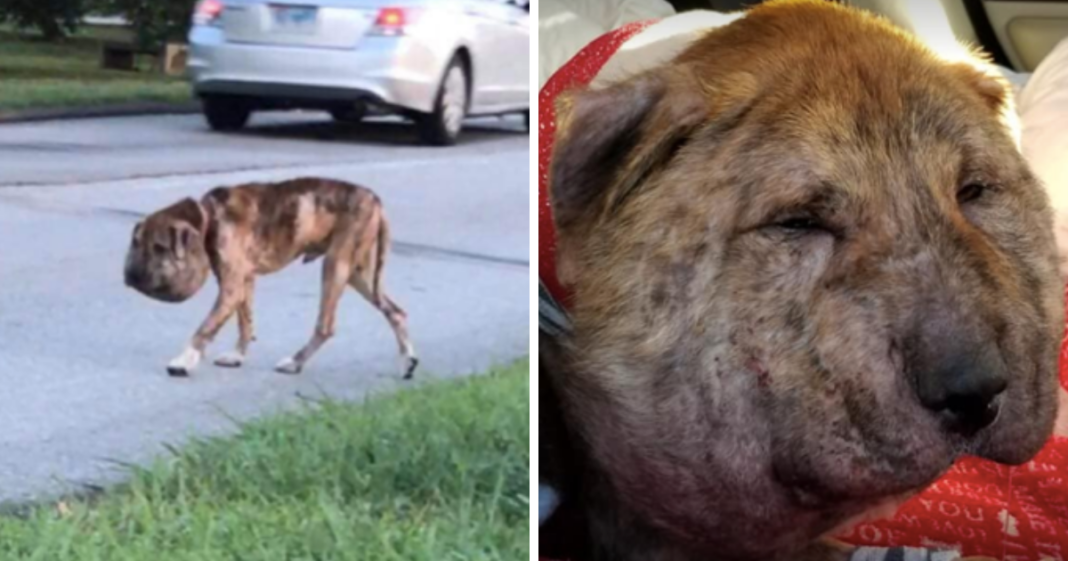 Social media is sometimes annoying but it does have it’s good points. It can reunite families and connect old friends. It can also save animals. According to Houston’s KHOU, Houston K-911 Rescue learned of a homeless dog named Gus through a photo shared on FaceBook. One of the group’s rescuers saw the picture and knew their group needed to help him.

Gus was located somewhere near abandoned properties in the city. They needed to find the dirty injured canine and get him off the streets. 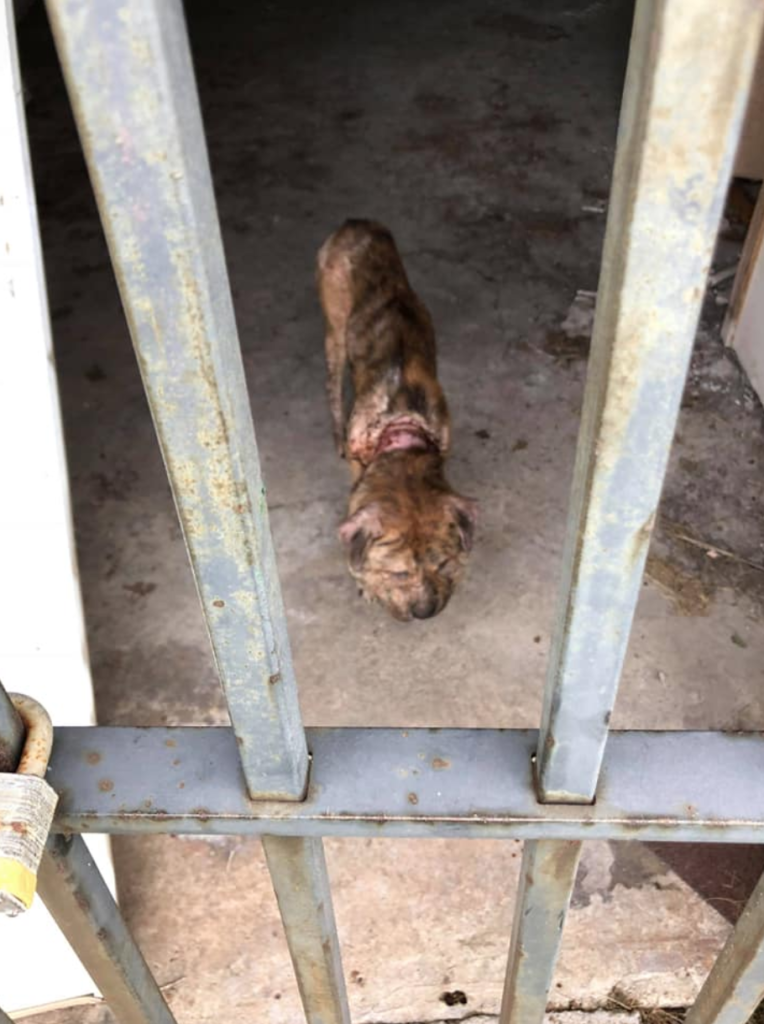 The rescuers went to search for Gus in the area where they thought he might be found. they discovered him by smell.

“We were about to walk right past it, then noticed the opening and looked inside with a flashlight. After a few seconds, we commented about how badly it reeked in there. We were about to go in to look in a room that’s inside when the dog came strolling out,” the rescue organization wrote on Facebook about how they found Gus in a deserted apartment complex.

Once in their care, they saw up close how badly Gus needed their intervention. Along with being dirty and hungry, he had a shoelace tied around his neck. The lace was fitted so tightly that it damaged his trachea, organs, and throat. X-rays revealed Gus had been shot nearly 25 times with a pellet gun. 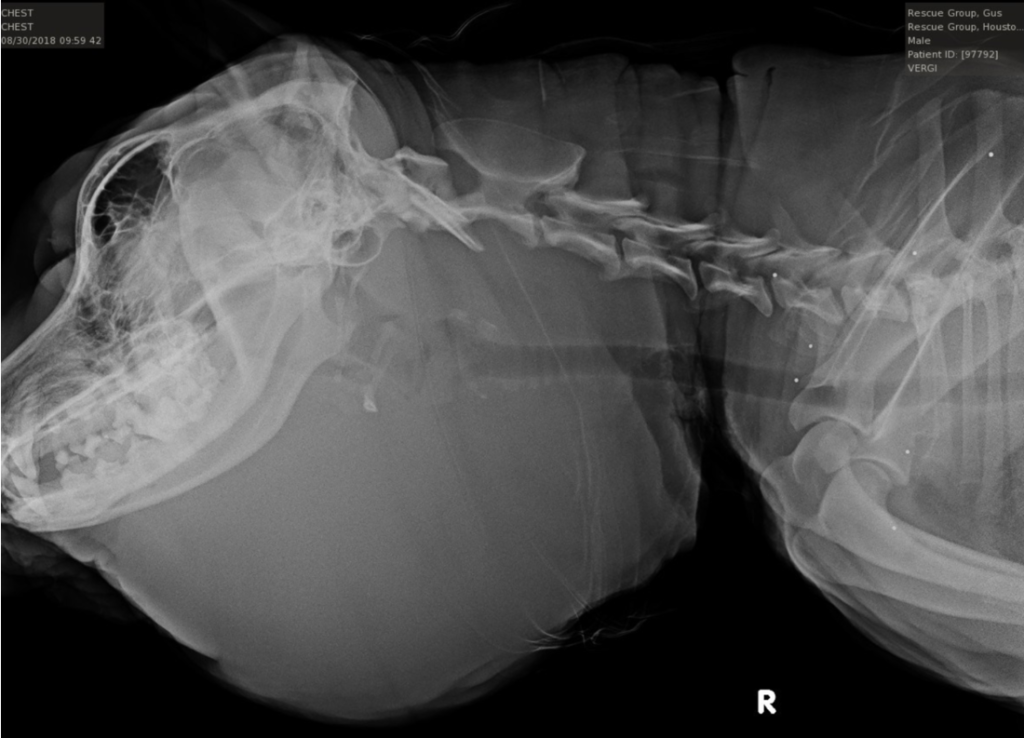 Instead of focusing on the negatives, the rescue group is choosing to look at all the positive things they can add to Gus’s life. He’s been given pain medication, fluids and antibiotics to treat his injuries. The wounds on his neck have been examined and operated on by a soft tissue expert. The scar tissue has been removed. The canine underwent surgery last Friday.

“To see his head in person fills you with a sense of horror and deep sadness. How in the world is this dog still alive?” the rescue described on Facebook. 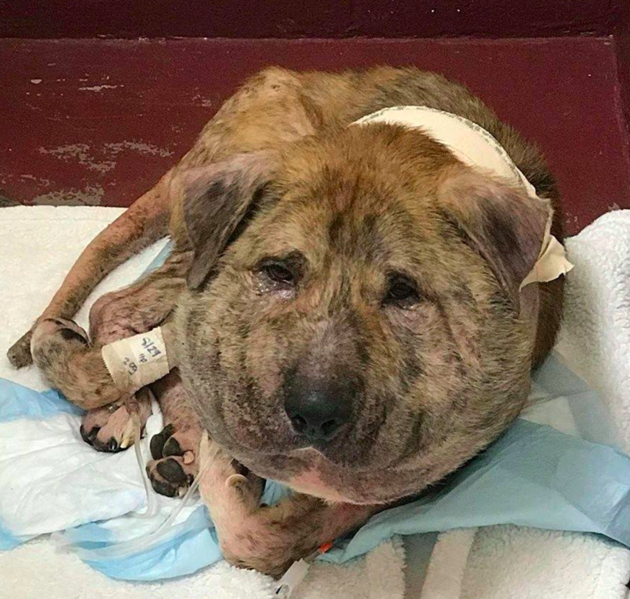 The rescue group has raised over $10,000 to help pay for Gus’s care. They hope the pooch, who was probably on the street for a year or more will soon find a loving, forever home.