Sick Dog Is Sad At Shelter, But Pup Loses It When She Sees Firefighter Who Saved Her From Abuse 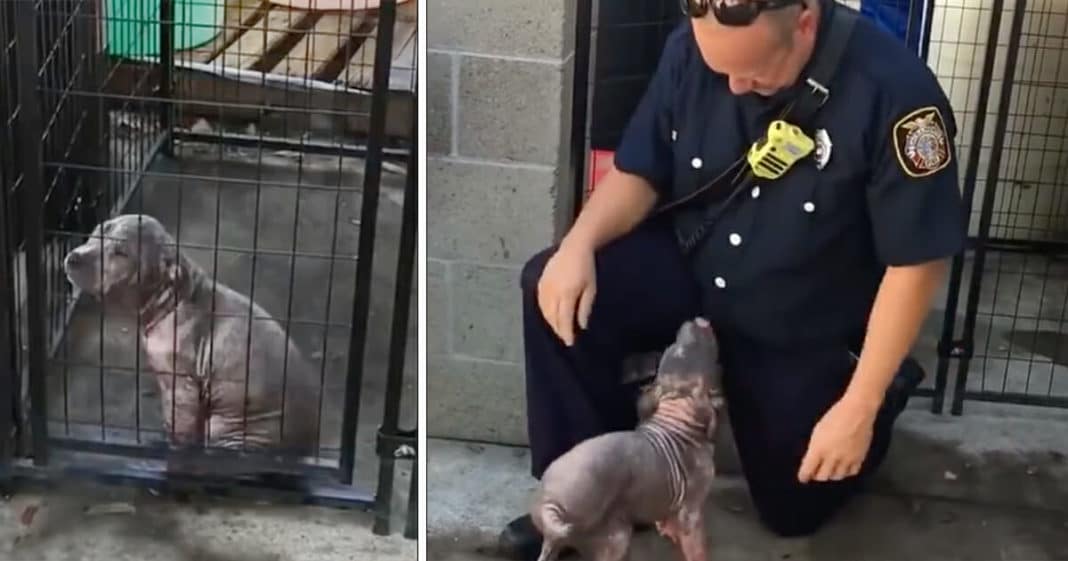 When Sacramento firefighter Mike Thawley was en route to a job on a cold, rainy October day, he didn’t know he was going to meet a new member of his family.

Thawley and his partner were traveling to a job when they saw a scabby, nearly hairless dog with swollen legs shivering, tied to a fence by the side of the road in Sacramento. They had to get to their fire, but they doubled back on their way back to the station to check on the dog. She was still there, of course. Who would think to pick up and care for a mangy dog, right? Well, Mike Thawley, that’s who. 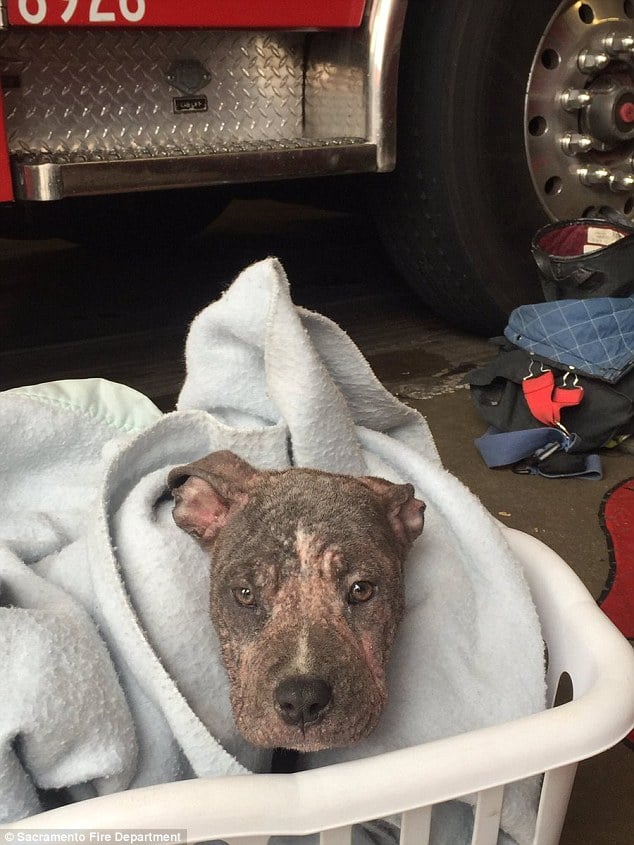 He took the sad little dog, who he named “Chunk,” back to the fire station where he bathed and cared for her, then he took her to the Front Street Animal Shelter, where they diagnosed her with a non-contagious form of mange. Her therapy took several months, and she ended up losing almost all of her hair.

But the day after he took Chunk to the shelter, Mike couldn’t stop thinking about her. He went by to check on her, then he went home and talked to his family. Mike, his wife Carla, and their three daughters agreed to foster her for a while, but Mike says they eventually unanimously decided that they were going to adopt her. She simply became a part of their family very quickly.

“We all just kind of fell in love with her,” Thawley said.

His daughters said this in unison: 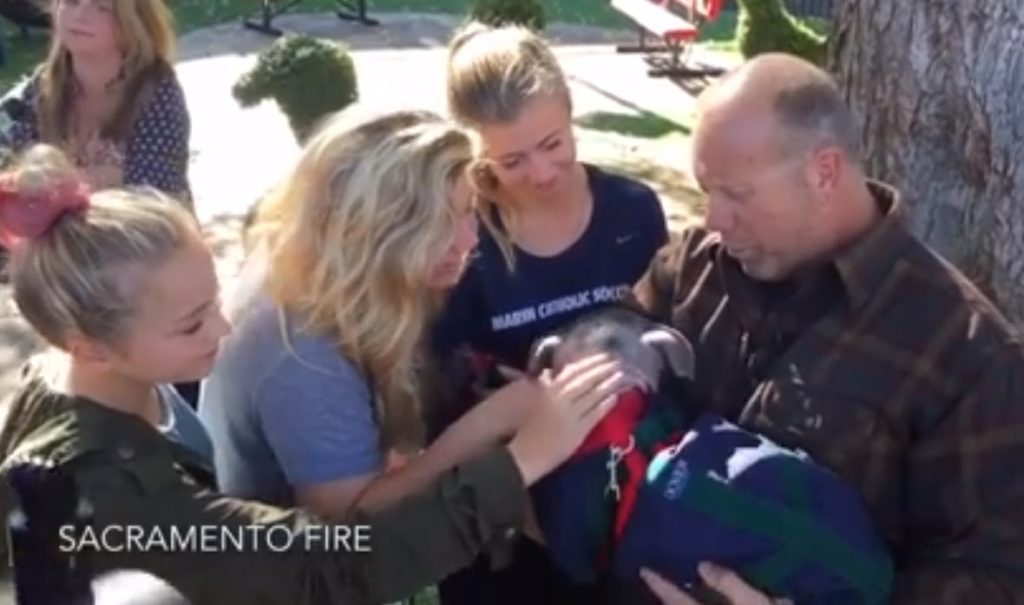 She’s become like another daughter in the happy little family, even getting dressed up in play clothes.

“My wife likes to dress Chunk up,” Thawley said. 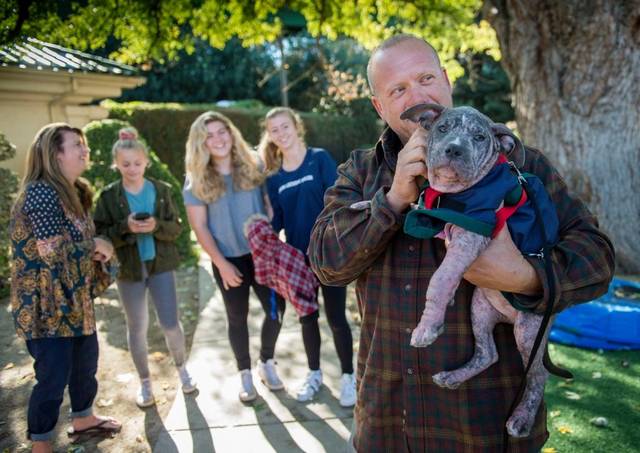 The family permanently adopted Chunk after Chunk received months of treatment for her mange.

Watch this heartwarming video showing how happy Chunk was to see when Mike picked her up.

Firefighter Mike Thawley returned with his family to the Front Street Animal Shelter today. The group was there to bring foster puppy Chunk home. Chunk was rescued by Mike and the rest of the crew from Engine 14 last Sunday, and has been rehabilitating at the shelter. Although Mike denies it, it appears by a vote of four to one that Chunk might wind up with a permanent home! Thank you to Bobby Mann and the rest of the staff at Front Street Animal Shelter for continued outstanding service to our city. Please consider donating time or money to this worthy organization.

We couldn’t agree more. All animals deserve love, but it’s a really special person who will agree to unconditionally love a sweet little animal that is unloved.