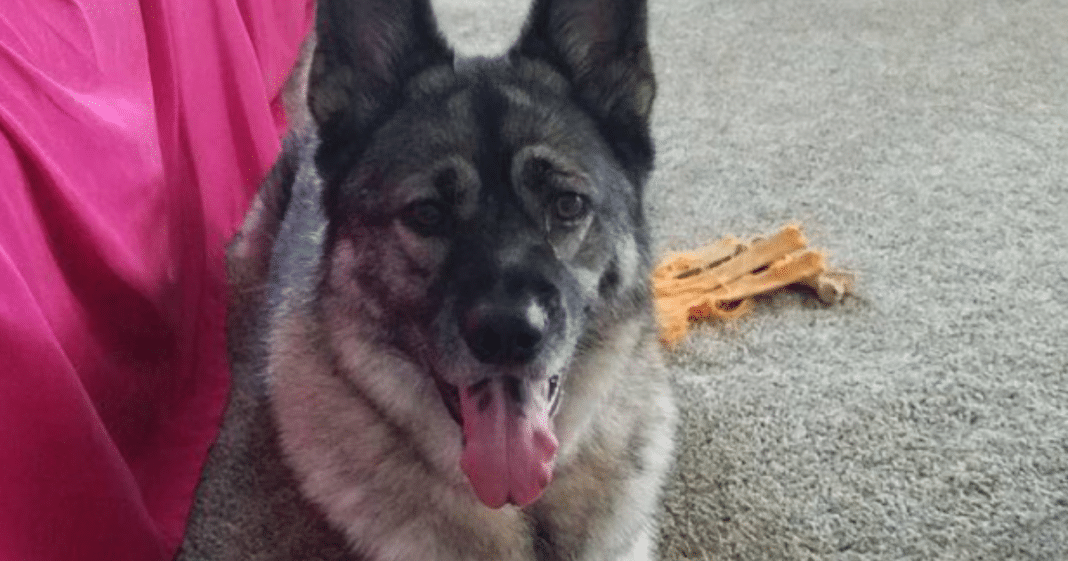 I despise stories like this one I’m about to tell. An innocent dog is dead, and there has yet to be justice done for her brutal, unnecessary death. But it is important I tell the story of Evie’s tragic demise because we need to prevent deaths of other dogs given to prison inmates for training and care.

Joseph’s Legacy, an animal rescue center in Middletown, Ohio says that one of its dogs was killed while working in a prison program where it was paired with an inmate. This dog was Evie, a 4-year-old German shepherd and Norwegian elkhound. She was found unresponsive on Saturday by her handlers. She had already passed away.

Evie was placed in a program with Warren Correctional Institution who has yet to officially comment on this incident. Two inmates have been placed in solitary confinement since Saturday.

Joseph’s Legacy released a statement online about this terrible tragedy. A necropsy or autopsy of Evie revealed the dog had “died from blunt force trauma to her abdomen causing her liver to hemorrhage and her kidney was also damaged,” Joseph’s Legacy wrote. “We’re all undeniably angered and overwhelmingly upset.”

“We are incredibly sad and it’s a rough time for us. Please understand I am having a hard time finding the right words…

Lisa Cantrell, the secretary and board member of Joseph’s Legacy, and Meg Melampy, the president and founder of the facility, told Fox News They hadn’t had any issues with the program before. They also noted the two inmates in solitary confinement have yet to be named as Evie’s killers. Those responsible aren’t yet known.

Joseph’s Legacy has since removed all its dogs from the program and prison. But in the beginning, the group had high hopes for its canines. “Like most, we were excited to have our troubled dogs get their training and excited to help the program. Many dogs came, got trained and headed out to their forever homes. It seemed to have little issues and worked smoothly. We had volunteers regularly on site and observing the dogs progress and how the handlers were working with them,” the facility added.

The state is now investigating. Joseph’s Legacy hopes to get “justice for Evie.” She came to them back in 2015 after being hit by a car. She suffered a broken hip. She joined the prison program after being adopted. She was returned a few months later through, “no fault of her own,” Joseph’s Legacy said in the online statement.

“She was doing amazing things with her foster mom, but we had thought maybe trying to get some more training, it would be safer for when she was adopted again.”

The group is heartbroken and completely devastated by Evie’s death. “We are absolutely heartbroken,” Krista Snyder Bolser, also a board member at Joseph’s Legacy, told Fox News.

When done right, animal and inmate can help one another instill confidence and learn how to love and trust again. Perhaps prisons and these rescue groups need to examine their perimeters for paring up animals with specific inmates. Perhaps the dogs should never be left alone with an inmate. It’s unfortunate the program has since been discontinued. Actions have consequences. She must have justice. Those who took her life must be punished.