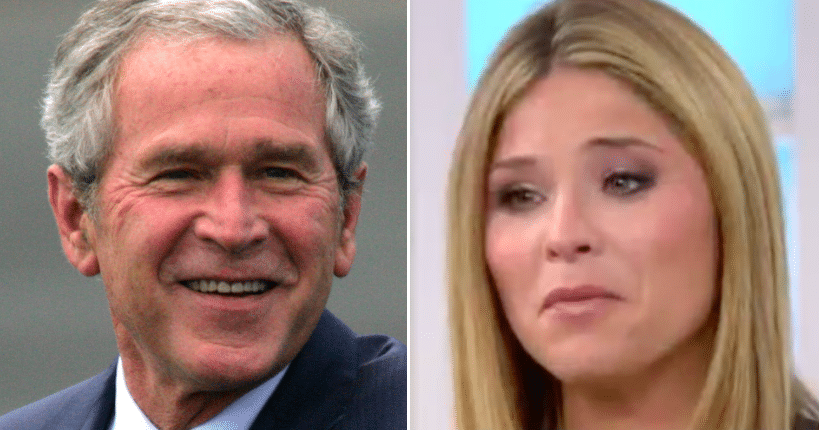 There is something so sweet and precious about the bond between a father and daughter. A good dad will do everything in his power to make sure his little girl is protected and cared for – even if he is the president of the United States.

President George W. Bush certainly had a lot on his plate when he was running the country, and his twin daughters, Jenna and Barbara, definitely added to that. The two had their share of wild escapades and run-ins with the law, which were then splashed across the front pages of tabloids across the country.

But while his daughters certainly gave him a run for his money, his love for them never waned and he never stopped being proud of them.

On Thursday, as they filmed the New & Noteworthy segment for the Today show, Jenna Bush Hager’s co-workers, Al Roker and Sheinelle Jones, surprised the former first daughter with a clip from a recent joint interview with former Presidents Bush and Clinton.

When asked about his greatest accomplishment, Bush said with no hesitation, “My daughters love me.”

Jenna was stunned and touched. “That’s what he said his greatest accomplishment was?” she asked in disbelief as her eyes welled with tears.

It’s clear that no matter how old they get, Jenna and Barbara will always be daddy’s little girls! What a sweet moment and a touching display of love!

Were you as touched by former President Bush’s answer as we were? So share this!