She Recites Psalm 23 On 112th Birthday, Then Says She’s Ready To ‘Be With Jesus’ 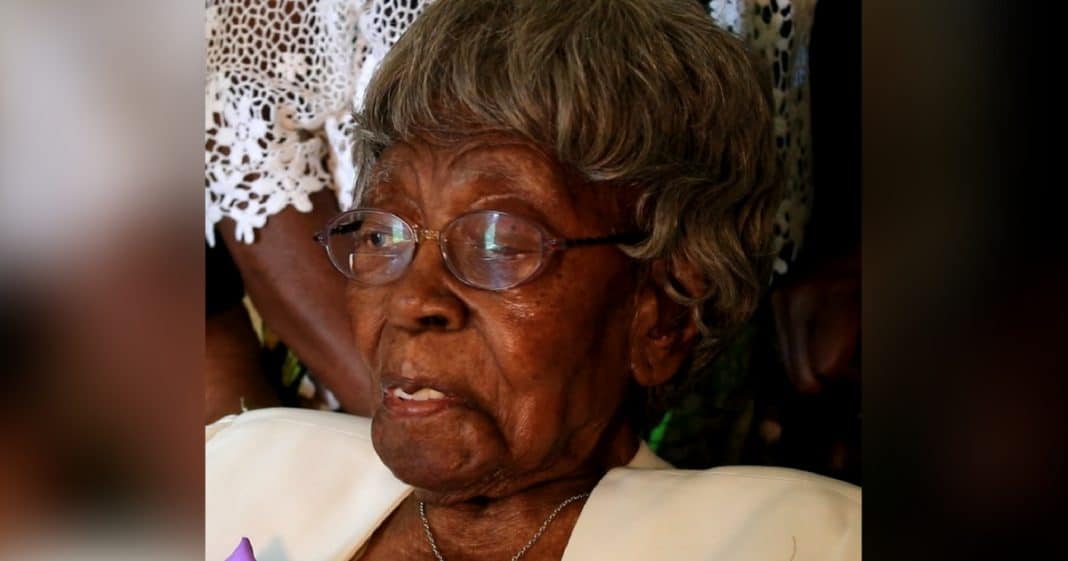 Most of us have a hard time imagining even making it to 100, but not Hester Ford. Hester, born on August 15, 1905, just celebrated her 112th birthday. She’s the ninth oldest living person in the United States!

In honor of her birthday, Hester’s family planned a cookout where they shared memories of this incredible woman’s very full life.

Hester was born in Lancaster, South Carolina, the same year Teddy Roosevelt was elected to his second term as president. She lived on a farm where she planted and picked cotton, as well as plowed the field and cut wood.

She later got married and she and her husband had 12 children – eight girls and four boys. She instilled in them the value of hard work.

“Hard work won’t kill you,” she said when asked what her biggest piece of advice was.

In 1953, Hester moved to Charlotte, North Carolina, where she worked for more than 20 years as a nanny for two families.

For more than a century, faith has played a central role in Hester’s life. She spent many years volunteering at her local church and loves to recite Bible verses.

Sadly, while Hester’s physical health is pretty good and she can still get around with her walker, her mental health is declining. Amazingly, though, while dementia has taken away many of her memories, it hasn’t taken away the Scripture she holds so dear. In fact, she can still recite the 23rd Psalm with no difficulty whatsoever!

Hattie has had conversations about death with her mother and said Hester told her she is “ready to go home.”

“She wants to go home to be with Jesus,” Hattie said. “But we told her he’s not ready because he has something else for her to do here.”

Were you amazed that Hester is still able to recite this whole Psalm at the age of 112? So share this!