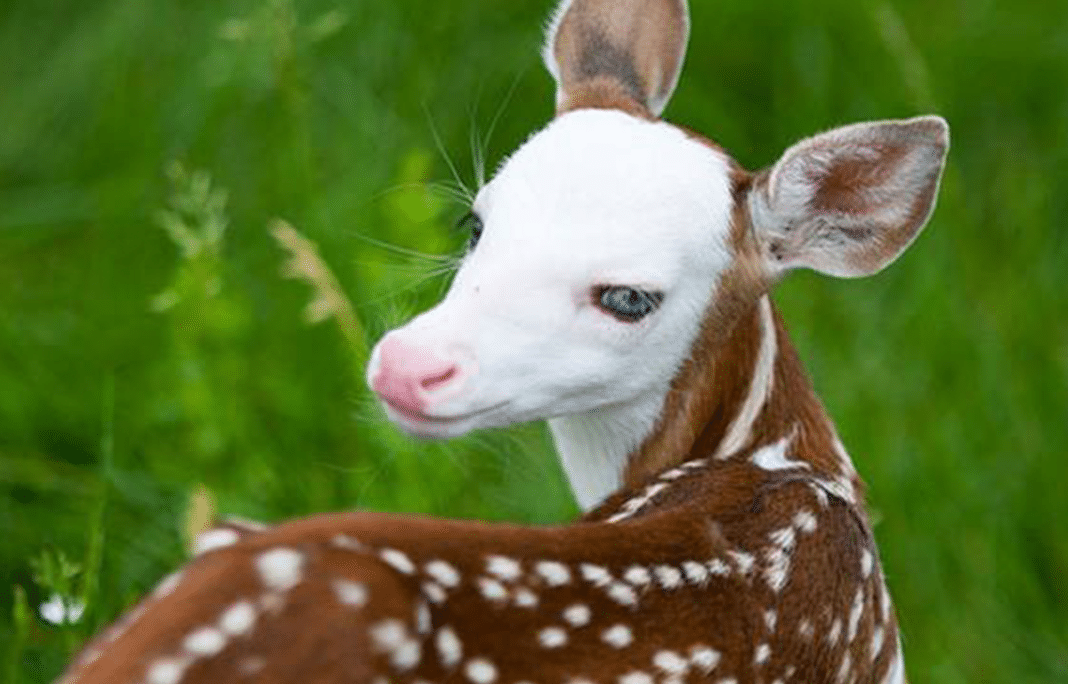 A rare piebald fawn with a white face was saved from certain death after its mother rejected it after birth. Although the fawn was strikingly beautiful with blueish eyes, the mother, who was also piebald, rejected the fawn, nearly stomping him to death.

Fortunately, this rare fawn also had rare luck on its side as it was born at Deer Tracks Junction, a wildlife sanctuary and petting zoo in Cedar Springs, Michigan, north of Grand Rapids. What made the fawn different would be celebrated, not rejected. The fawn would fast become a local star and attraction for the park and attract international interest. 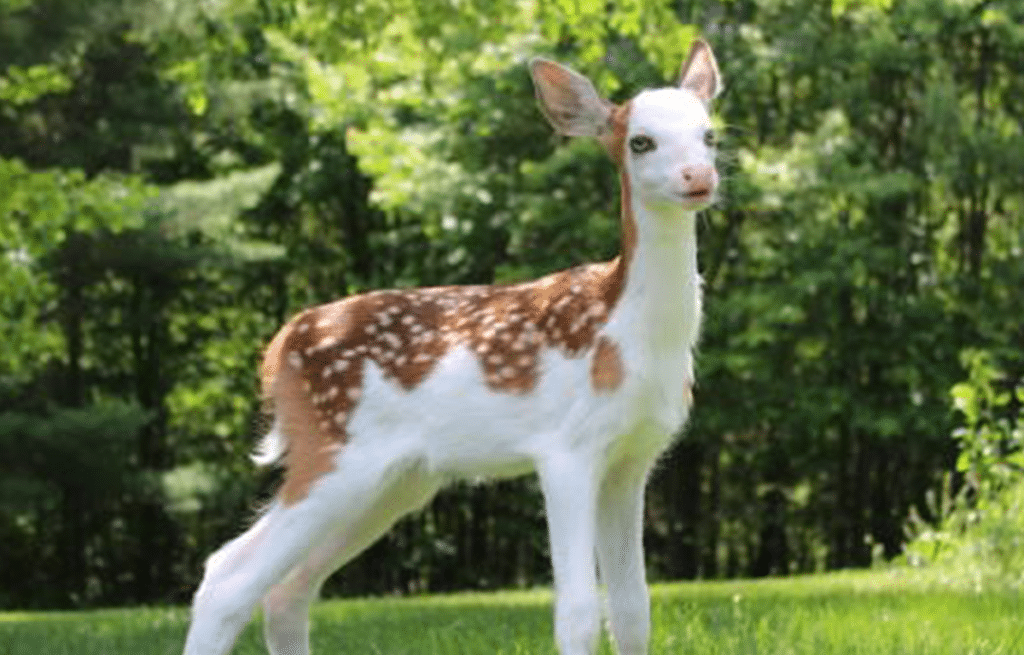 Hilary Powell, the owner of the farm, became the fawn’s surrogate mom when his mother, Bunny, rejected him. Powell carefully nursed him from a bottle four times a day. The whole family made sure the fawn got extra care and attention to help him overcome the health conditions that accompanied the piebald genetic trait. Deer who are born piebald tend to have hearing and vision impairments, and the fawn also had complications from infections.

Enjoying the sun and mud ;D

Her son gave him the name, Dragon, because he wanted the him to have a fierce “manly” name, according to Powell’s husband, Kelly. If the fawn survived, he would grow unusual pink antlers, making him stand out even more. In the wild, he would have almost no chance to survive since he would be unable to hide from predators at all.

See Dragon on the farm in the video below:

Despite the best efforts of the family, Dragon continued to suffer from ongoing health concerns and had to be treated at the farm’s intensive care unit on more than one occasion. He struggled with a weak immune system for most of his life.

***Dragon update***It has been another rough patch for our Dragon, but thankfully we have pulled through again! He is…

Finally, the family shared the sad news that Dragon passed away just shy of his first birthday. They said he would be greatly missed by everyone.

Well, sadly, this is an update that I never wanted to have to make 🙁 Despite all medical intervention available, we…

Deer Tracks Junction continues to attract visitors to their 100-acre ranch that offers wildlife safari tours as well as activities for kids and adults. They will always have a special place in their hearts for Dragon, the unusual fawn.

See Dragon in the video from WOOD TV8 News below: