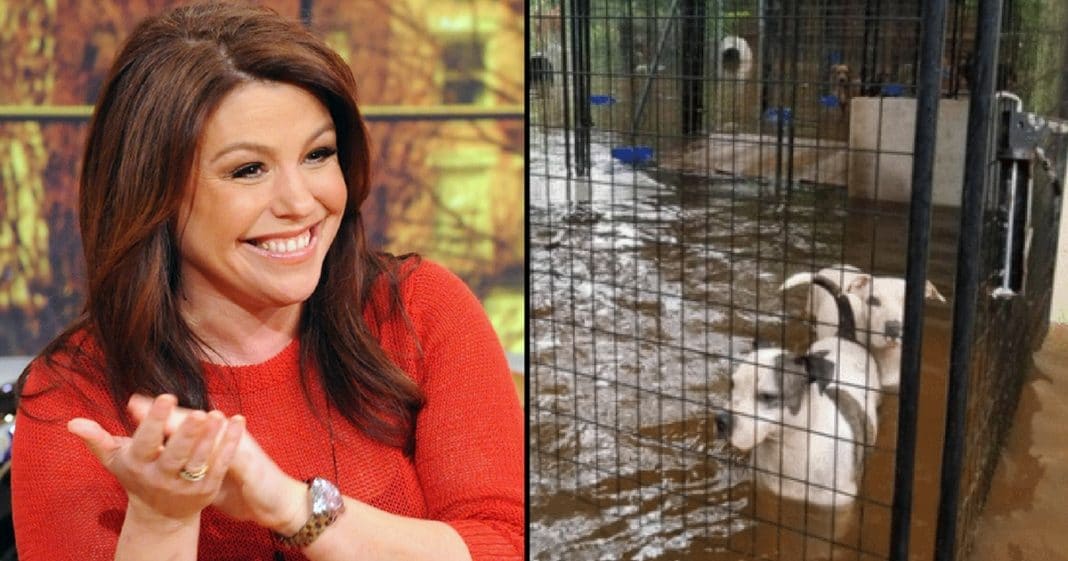 The aftermath of Hurricane Harvey has brought unimaginable devastation to the affected areas in Texas and Louisiana. Thousands of people have been displaced – people have lost everything, some have even lost their lives.

Our hearts break for those affected by this terrible storm. Thankfully, thousands of people from around the world have rushed to help. Some have actually come to the flood-ravaged area to lend a helping hand while others have donated money to the many charitable organizations that are on the ground.

Celebrity chef Rachael Ray is one of many celebrities who have put their support behind the rescue efforts happening in the parts of the country hit by the tropical storm, but people have noticed one major difference in the donation she has made.

Texas holds a special place in Ray’s heart. For the past nine years, she has traveled to Austin to host the Feedback food and music event at the South by Southwest music festival.

When she heard about the devastation in Texas, Ray immediately thought of something else that holds a special place in her heart – animal rescue.

As we have seen, many animals were sadly left behind as families fled. Others got separated or were already strays that were put in even more dire situations because of the flood. Some were not allowed in the shelters where their families had taken refuge.

Shelters have been inundated with animals needing help, so much so that they have had to send some of the animals they already had to other shelters as far away as Seattle, Washington, to make room for the tidal wave of animals in need.

When Ray saw the innumerable helpless animals in need, her heart broke and she knew she needed to do something to help.

Ray herself is mama to rescued pit bull Isaboo and has raised millions of dollars for forgotten pets over the years, but she knew she needed to do more. On Thursday she announced that her Rachael Ray Foundation will be donating $1 million to organizations helping with the animal hurricane relief effort.

“The donation will be made through The Rachael Ray Foundation, which helps homeless pets and animals in need and is funded by a portion of the proceeds from each sale of Rachael Ray Nutrish Super Premium Foods and Treats,” the announcement said.

We know the work has only just begun. It could take years for the areas affected by Hurricane Harvey to fully recover. Sadly, while many people are quick to help right after a tragedy, that help slows as time goes on and new needs arise. Hopefully, Ray’s donation, along with the donations of millions of other caring people around the globe, will help make sure these people and animals receive all the care they need as they work to rebuild their lives.

Were you happy to see Ray donate to such a worthy cause? So share this!