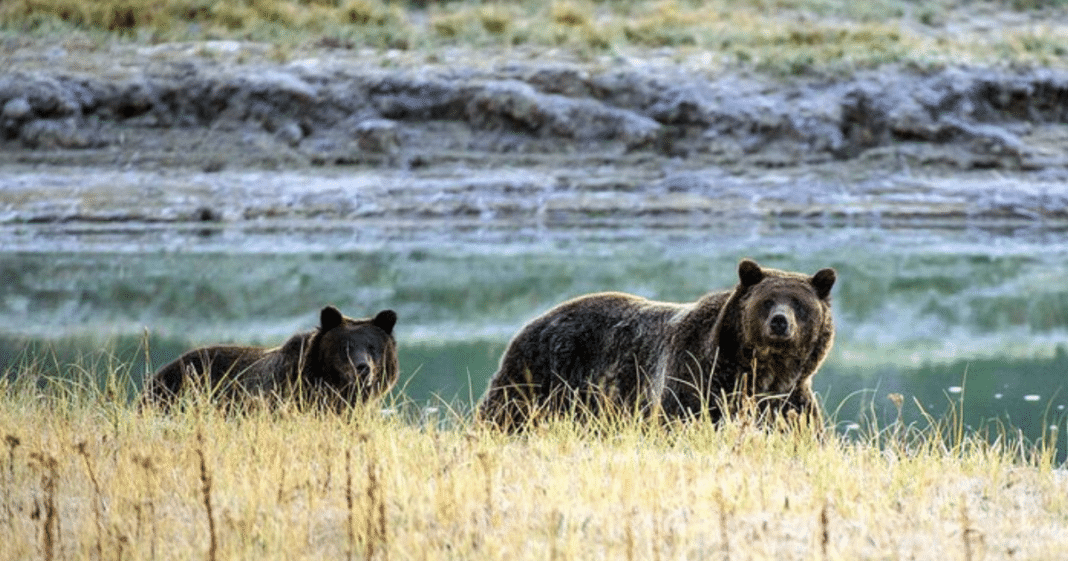 A family from Washington state fought off a bear on the Divide Trail in Yellowstone National Park. It was thought the bear was accompanied by at least one cub.

National Park Service officials said in a statement the bear rushed out from behind some vegetation and chased the boy before knocking him to the ground. The boy’s parents managed to scare the bear away by using bear spray. Officials continued by saying they don’t know what brought on the attack. The bear could have been foraging for food near the trail.

“Boy injured by a bear earlier today. The 10-year-old was injured wrist and transferred to a local medical center. Park staff are currently investigating the incident. The Spring Creek and Divide trails are temporarily closed,” the park tweeted.

Boy injured by a bear earlier today. The 10-year-old was injured wrist and transferred to a local medical center. Park staff are currently investigating the incident. The Spring Creek and Divide trails are temporarily closed. For more information: https://t.co/7RCkWVvuPh. pic.twitter.com/y21H7u6XPI

The child was taken to Big Sky Medical Center in Montana. His condition is unclear. He suffered an injury to his wrist, puncture wounds to his back and wounds to his buttocks. The identity of the family is unknown.

“This incident could have been more serious. We applaud the family for traveling in a group, carrying bear spray, and knowing how to effectively use it during their emergency,” Pat Kenney, the park’s deputy superintendent, told the publication. “We wish their son a full recovery from his injuries.”

Officials say there’s a bear attack once per year. It’s unclear what species of bear attacked the boy. Both grizzlies and black bears make their home in Yellowstone.

We hope this young man makes a full recovery very soon. We’re glad this family of four knew what to do to get rid of the bear. Be careful out there on those nature trails.