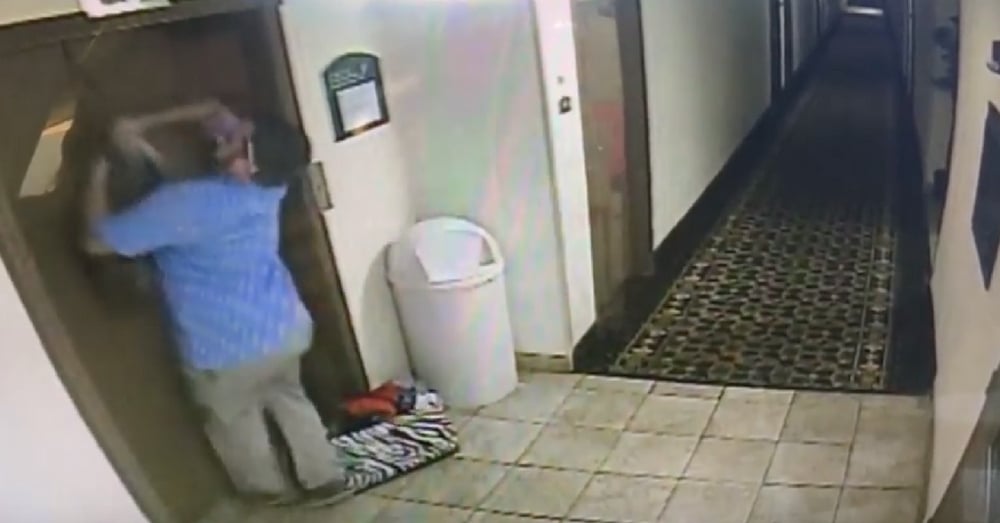 A hotel manager who had only seconds to react made sure a tiny dog named Boo Boo escaped a frightening situation without a scratch when his leash got caught in an elevator.

In a scene captured on surveillance video shared by Duke on Facebook and YouTube, a hotel guest gets on the elevator while holding his dog’s leash, but the dog isn’t following close enough. The elevator doors close with the dog still in the lobby and his leash caught between the doors.

Duke steps out of a storage closet to see the dog stuck and quickly grabs the pooch to get the leash free as the dog is being yanked upward by the ascending elevator.

“I just grabbed it, and struggled with it, then I guess adrenaline set in or something, and I snapped the leash right above my hand,” Duke told NBC affiliate WYFF.

The frightened dog scratched Duke on the face as he rescued him, but it was a minor issue compared to what could have been a much worse outcome.

Read more about the heroic rescue on TODAY.