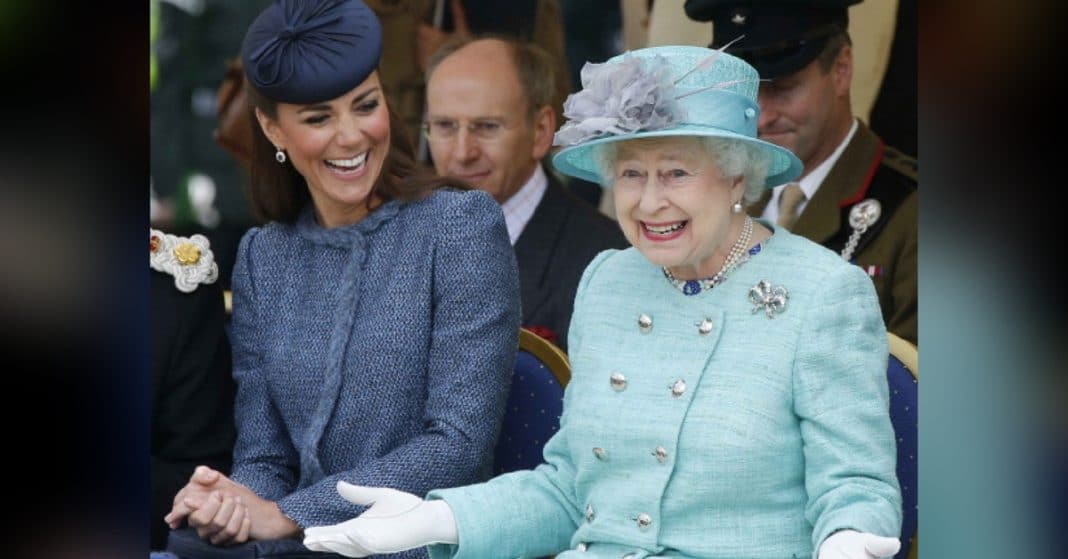 I enjoy finding gifts for the people I love. To me, it’s not about the cost incurred; it’s the thought behind the gift that matters most. You don’t even have to spend a penny if you come up with an idea that will be the perfect fit for someone in your life! I love giving presents my loved ones will use and that will also make them happy.

But what do you do if you’re the Duchess of Cambridge and you find yourself in the position of having to find a gift for your grandmother-in-law…who just so happens to be the Queen? Her Majesty already has everything she could ever want or need. Whether it’s something that belongs to the crown estate or her personally, she’s been given every kind of gift imaginable, from the extravagant to the simple.

In an interview with Harper’s Bazaar UK, Kate thought back on the conundrum she was in as she prepared for her first Christmas with the Queen.

“I thought back to what I would give my grandparents,” she said. “I thought, ‘I’ll make her something, which could have gone horribly wrong.'”

Embed from Getty Images
Thankfully for Kate, her gift was a smashing success with Her Majesty.

“I noticed the next day that it was on the table,” she told the magazine.

So what was it Kate gave the Queen that was so special it would have a place of prominence at the royal dinner table?

She decided to present Her Majesty with “marrow chutney,” made using her beloved grandmother’s recipe.

Kate discussed the Queen’s thoughtful response to her gift:

“I think such a simple gesture went such a long way for me and I’ve noticed since she’s done that on lots of occasions and I think it just shows her thoughtfulness, really, and her care in looking after everybody.”

Embed from Getty Images
Indeed, the Queen does care greatly for those closest to her. That includes Kate and her two – soon to be three – children with Prince William, and, most recently, Prince Harry’s fiancee, Meghan Markle.

Breaking with royal tradition, the Queen invited Meghan to attend Christmas with the royal family at the Queen’s Sandringham estate. There will be a fancy black-tie dinner, church ceremonies, an exchange of gag gifts, and even a lively game of charades.

I’m quite excited to see what gifts the royals will exchange among themselves. After Kate, Meghan will have big shoes to fill. What will she give the Queen? We know she loves to cook. Perhaps she’ll take a page from Kate’s book and craft something handmade!

Do you love seeing this more grandmotherly side of the Queen as much as we do? So share this!