Queen Travels From Palace To Visit Victims Of Manchester Bombing 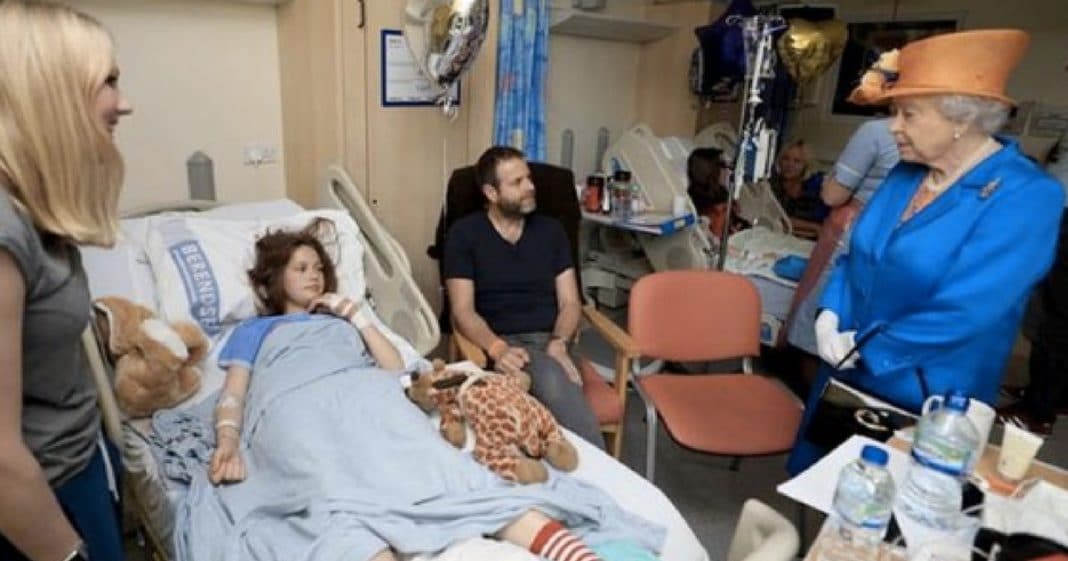 The Queen has met some of the young victims of the Manchester bombing in hospital as well as doctors, nurses and members of the emergency services who responded to the attack that killed 22 people and wounded many more.

She spoke to patients at the Royal Manchester Children’s Hospital on Thursday, where 19 casualties are being treated after what she called the “wicked” blast, five in critical care.

Asked by the Queen if she had come to Manchester especially for the Ariana Grande concert, 14-year-old Evie Mills, from Harrogate, said yes, it was a birthday present. 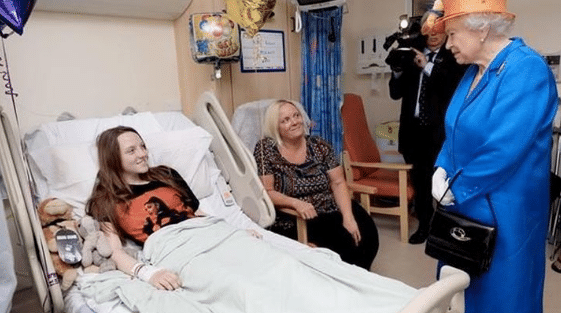 The Queen speaks to Millie Robson, aged 15, from County Durham, and her mum, Marie at Royal Manchester Children’s Hospital. (Supplied)

“It’s dreadful. Very wicked … to target that sort of thing.”

Wearing an orange hat and bright blue jacket, the queen was met with cheers at the hospital and in comments to Mills and her parents, noted how “everyone’s united here”.

Eight hospitals in and around the northern English city treated 116 casualties injured in the blast after the concert on Monday evening, NHS England said on Thursday, and 23 remain in critical care. 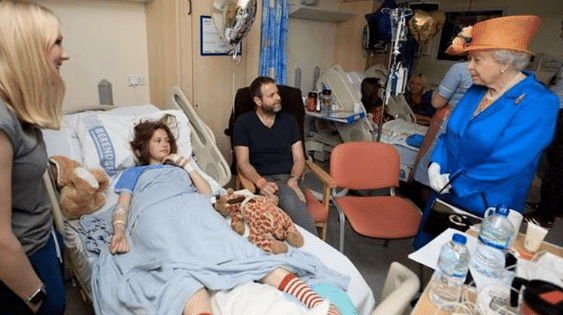 Her Majesty meets Evie Mills, aged 14, from Harrogate, her mum, Karen and dad, Craig at the hospital in Manchester. (Supplied)

Crowds cheered her visit as she left the hospital.

Meanwhile, Manchester United and Manchester City football clubs have pledged $1.7 million (1 million pounds) to an emergency fund set up after the terror attack 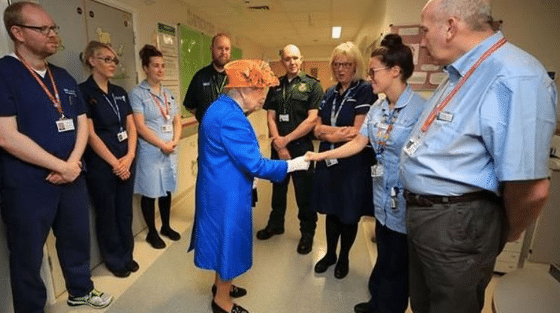 Her Majesty meets nursing staff, paediatric doctors and surgeons who are treating victims & supporting their families in Manchester. (Supplied)

The “We Love Manchester Emergency Fund”, backed by Manchester’s Lord Mayor and set up in partnership with the British Red Cross, was established after Monday’s suicide bombing at the end of an Ariana Grande concert at Manchester Arena.

Another 64 people were injured, many of them critically.

“The Red and Blue halves of Manchester have combined to support the city they have each called home for more than a 120 years and which has been profoundly affected by the tragic events witnessed on Monday,” United and City said in a rare joint statement.

Manchester City chairman Khaldoon al-Mubarak said: “We have all been humbled by the strength and solidarity shown by the people of Manchester in the days since the attack.

Read more about how the country has rallied around the victims of the bombing on 9News.