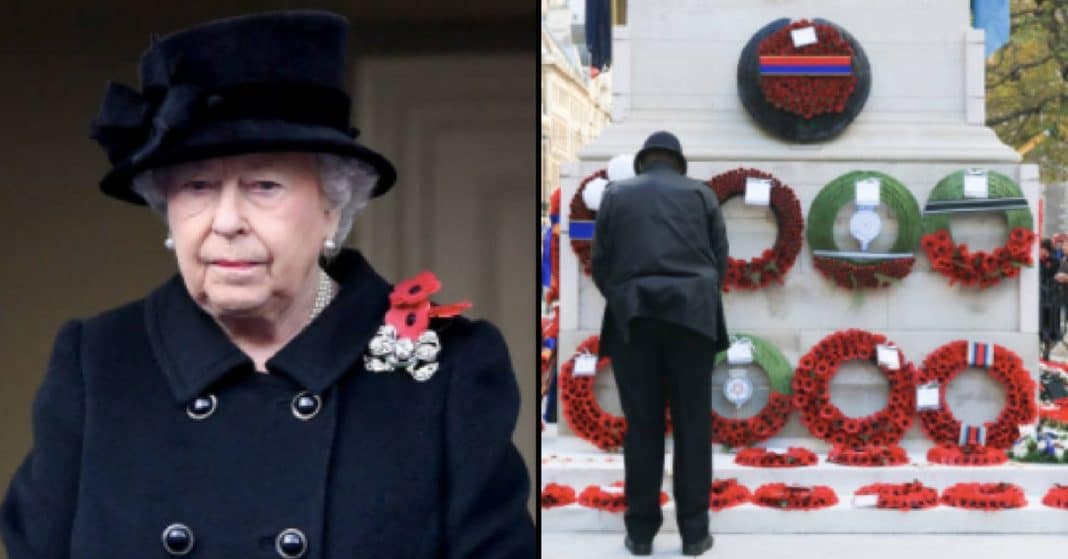 In the United States, we celebrate Veteran’s Day on November 11. In the United Kingdom, the people remember their veterans on Remembrance Day, which takes place on the same day. Many, including members of the royal family, pay tribute to those in the armed forces who have made such a great sacrifice.

On Sunday, the royal family paid tribute at an annual ceremony held at Westminster Abby. Like Royal Ascot, The Festival of Remembrance is an event every working royal attends. The queen and her husband, Prince Philip, were there as were Prince Harry and The Duke and Duchess of Cambridge; the Earl and Countess of Wessex; Anne, The Princess Royal, and her husband, Sir Timothy Laurence; The Duke of Kent; Princess Alexandra; Prince Andrew; and the Duke and Duchess of Gloucester.

Prince Harry opened the Field of Remembrance this year. He and his brother, Prince William laid wreaths, as did their uncle, Prince Andrew, The Duke of York. But it was their father, Prince Charles, The Prince of Wales, whose actions were most significant.

Usually, it’s the queen who lays a wreath at the Cenotaph. During her 60-plus years on the throne, the queen has only missed this ceremonial tribute six times – when she was abroad on two tours and while pregnant with her four children.

The last time she didn’t lay a wreath at the Cenotaph was in 1999. This year, she officially handed over this duty to Prince Charles, who is next in line to the throne.

A spokeswoman from Buckingham Palace explained the queen’s decision to pass on the royal duty: “The Queen wishes to be alongside the Duke of Edinburgh and he will be on the balcony.”

So what’s the big deal? This year marks the first time the queen was present at the ceremony as an observer and not a participant. When it was revealed last month Her Majesty would not be laying a wreath, many suspected this could be due to her possibly abdicating the throne. Her choice to relinquish this responsibility to The Prince of Wales could be due to her advancing age, as well.

Most royal insiders don’t believe the queen will abdicate the throne – she has a strong sense of responsibility to her people.

While it was her decision to pass on this duty, the transition was not easy for the queen. Typically, the monarch is stoic and unflappable, but during the ceremony, she was overcome with emotion, at one point reaching up to wipe away a tear.

Sitting beside her husband and having his support must have helped her get through the ceremony. The queen has said that her husband is her “rock” and, indeed, Prince Philip has been by her side for nearly every public event for over six decades.

The two share a deep bond that has weathered many scandals and personal tragedies. The queen and her husband know they are in their advanced years. Prince Philip retired from public life in May of this year with his wife’s blessing. But he will be with her at major events – like this ceremony – still serving as “her rock.”

Change, even for a monarch like Queen Elizabeth, can’t be easy, but she has the support of many to help her adjust to these new amendments in her overall royal life.

Are you a fan of Queen Elizabeth? So share this!