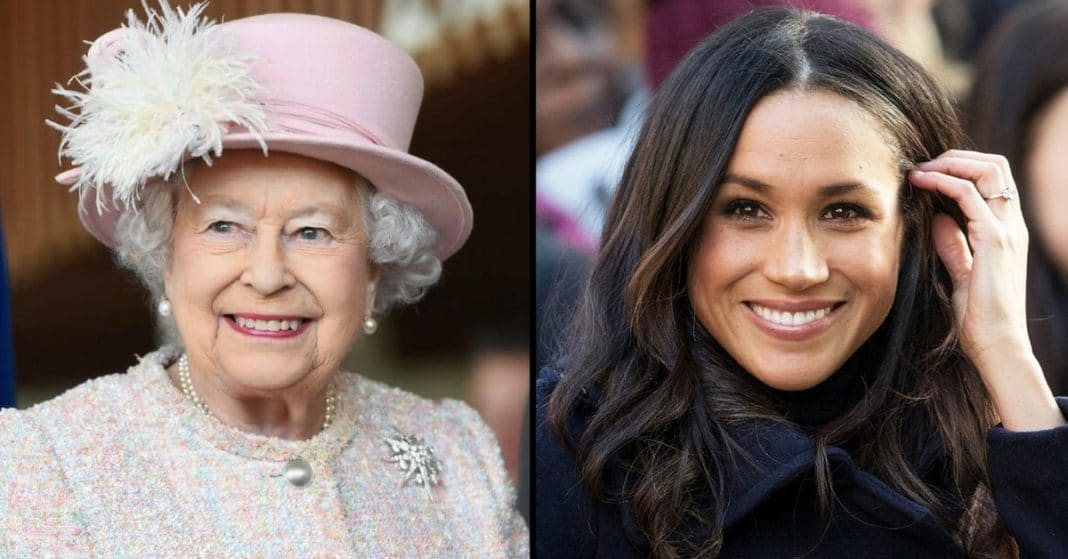 It’s only been three weeks since the engagement was announced and we’ve already seen the Queen loosen her staunch grip on some long-held traditions and ways.

This bodes well for the future of the royal family. It must grow with the times or it risks becoming irrelevant.

One such loosened stipulation was allowing Meghan to attend the Queen’s Christmas lunch, held annually at Buckingham Palace the week before the holiday.

Traditionally, the rule for attending this family-only event was spouses only, not fiancees. However, the Queen made an allowance for Meghan this year.

Meghan will also spend Christmas with Her Majesty and other senior royals at Sandringham in Berkshire, another first for someone not yet officially part of the family.

Many suspect the Queen made an exception since Meghan’s family lives in Los Angeles, which is thousands of miles away.

Royal insiders have said they detect a softening of the 91-year-old monarch and the royal ways. The Queen is more realistic about the modern world. She’s mellowed out.

“It’s her age,” says Ingrid Seward, author of “My Husband & I,” a new biography of Queen Elizabeth and Prince Philip. “She is easier-going. It’s refreshing that [the royal family] is prepared to bend a bit.”

A friend of the family adds, “They are much more enlightened now.”

While at Sandringham, Meghan and Harry will stay at Anmer Hall, the 10-bedroom home of the Cambridge family. They will be guests of William, Kate, George, and Charlotte. Kate apparently wants to make Meghan’s first Christmas in England special.

According to insiders, Meghan is quite a refreshing addition to the family. She is laid back and open to everyone. Perhaps with Meghan in the mix, the Queen will embrace her mellow side more often.

It will be interesting to see how Meghan embraces her new family and traditions, but we expect whatever changes there may be will only be for the better.

Are you happy to see the Queen softening and embracing her grandson’s fiancee? So share this!