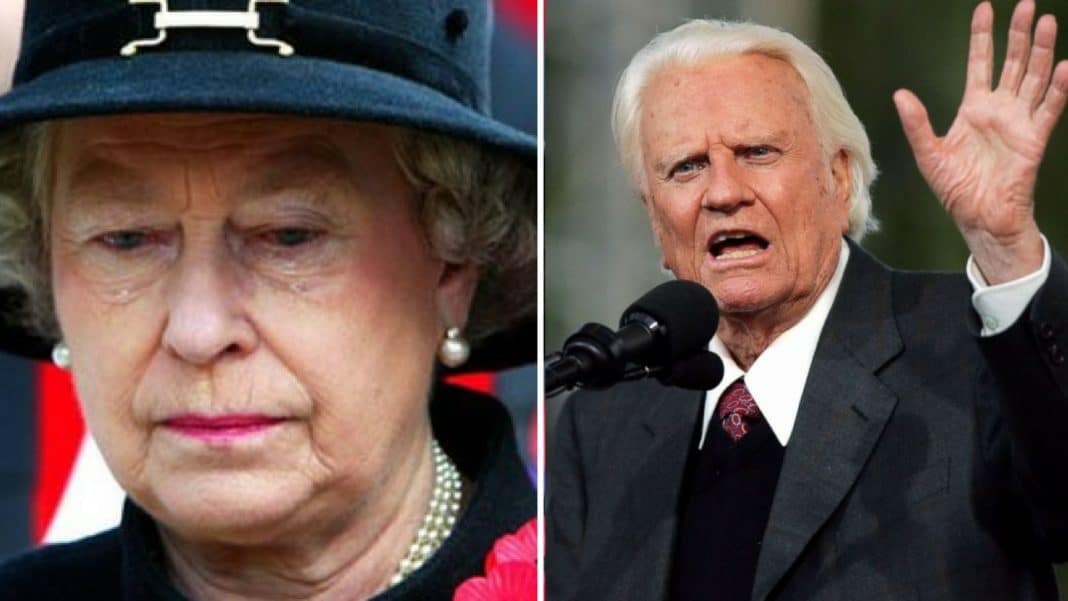 A Buckingham Palace spokesperson has confirmed that Queen Elizabeth II will send a private message of condolence to the family of renowned pastor Billy Graham following his death.

The Legendary TV evangelist befriended Her Majesty in the 1960s.

Rev. Billy Graham died at his home on February 21st, 2018 at the age of 99. The pastor served as a spiritual adviser to a dozen US presidents and toured the world giving electrifying sermons.

President Trump’s statement about the death of Reverend Billy Graham:————THE WHITE HOUSEOffice of the Press…

Graham’s preaching reached millions across the world throughout his 70 years in the pulpit, from his native North Carolina to communist North Korea.

His words even reached Buckingham Palace, with the Queen becoming good friends with him after seeing him on TV.

A happy 90th birthday to the Queen, whom Billy Graham has met with many times in informal settings. Here's one story he…

Graham himself spoke out about his friendship with the Queen, detailing their meetings in his autobiography Just As I Am.

“No one in Britain has been more cordial toward us than Her Majesty Queen Elizabeth II,” he wrote. “Almost every occasion I have been with her has been in a warm, informal setting, such as a luncheon or dinner, either alone or with a few family members or other close friends.”

“Her official position has prevented her from openly endorsing our Crusade meetings. But by welcoming us and having me preach on several occasions to the royal family at Windsor and Sandringham, she has gone out of her way to be quietly supportive of our mission,” he continued.

“She is unquestionably one of the best-informed people on world affairs I have ever met. Part of that knowledge comes from the weekly in-depth briefings she is given by the prime minister, of course, but I have always found her highly intelligent and knowledgeable about a wide variety of issues, not just politics.”

Rev. Graham met with scores of world leaders and was the first noted evangelist to take his message behind the Iron Curtain.

William Martin, the author of A Prophet With Honor: The Billy Graham Story, said: “He was probably the dominant religious leader of his era.

“No more than one or two popes, perhaps one or two other people, came close to what he achieved.”

Reverend Graham leaves behind an incredible legacy. His memory will live on forever in the hearts of all those who loved his teachings.