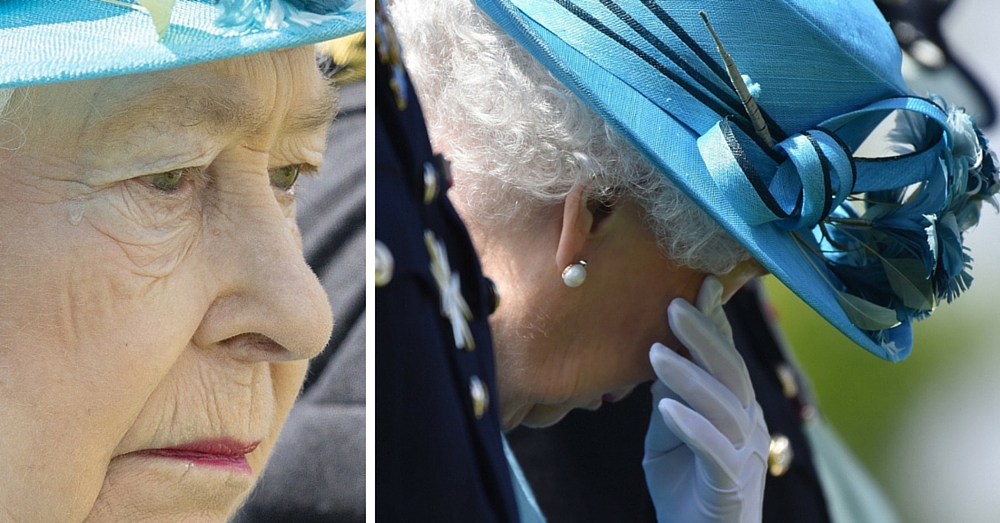 She normally maintains a stoic front, but the Queen couldn’t help being overcome by emotion as she joined wounded veterans to pay tribute to fallen soldiers this morning.

Her Majesty, 90, was seen wiping away a tear during a service for soldiers killed while serving in the Duke of Lancaster’s Regiment at the National Memorial Arboretum in Alrewas, Staffordshire.

As a tear slipped down her right cheek, the monarch placed a gloved hand to wipe it away discreetly.

She then laid a wreath at the new memorial with the message: ‘In memory of the glorious dead. Elizabeth R.’ 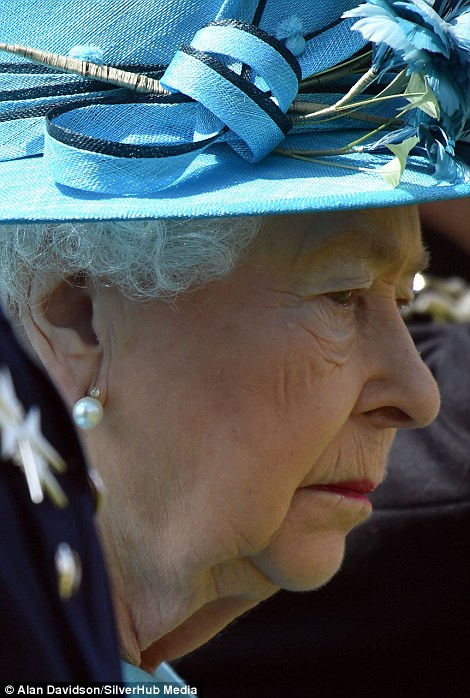 The emotional moment occurred as the Queen returned to her seat after unveiling the new monument.

As she joined the assembled crowd in a hymn, the tear slipped down her cheek and it seemed to take some time to regain her composure as she shut her eyes for a few moments afterwards.

The emotional display was something of a surprise, as the Queen is not known to display her feelings in public on a regular basis.

In fact, the only time she has cried publicly before was when the Royal Yacht Britannia was decommissioned in 1997.