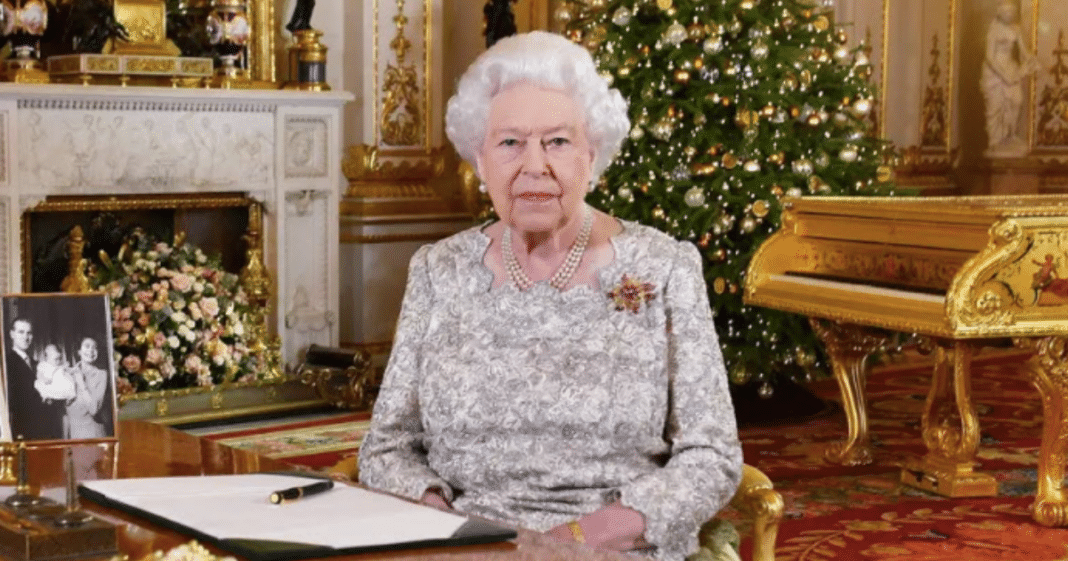 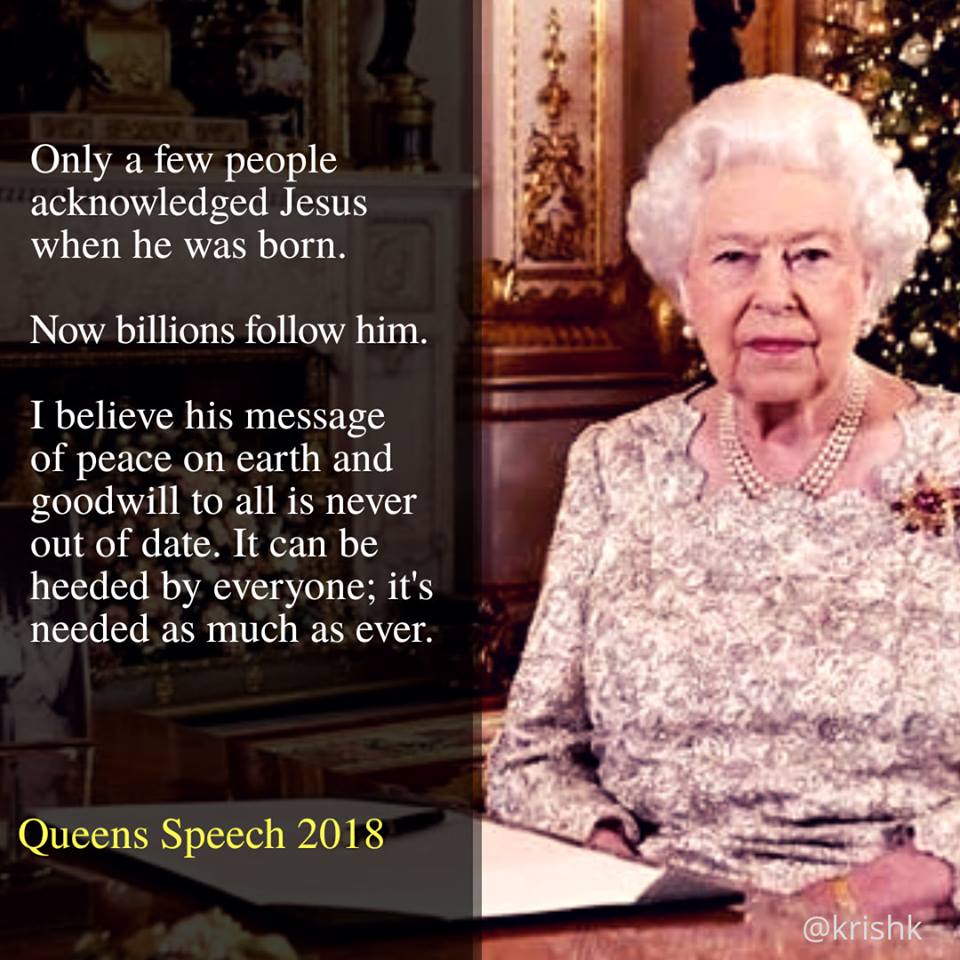 Every Christmas, Queen Elizabeth II of England gives a Christmas address. Generally, she speaks about family, touches on world events and faith, and gives a pleasing but beige heartwarming message to people around the world. This year she did something she doesn’t usually do: she made her faith and Jesus central to her message and perhaps most significantly, ended her address with a powerful message.

“The Christmas story retains its appeal since it doesn’t provide theoretical explanations to the puzzles of life. Instead, it’s about the birth of a child and the hope that birth 2,000 years ago brought to the world. Only a few people acknowledged Jesus when he was born. Now billions follow him.

I believe his message of peace on earth and goodwill to all is never out of date. It can be heeded by everyone. It’s needed as much as ever.”

“Through the many changes I have seen over the years – faith, family and friendship have been not only a constant for me but a source of personal comfort and reassurance.”
Watch The Queen's Christmas broadcast on TV and @RoyalFamily @TwitterUK tomorrow at 3pm GMT. #QueensSpeech pic.twitter.com/P3V8DLKQS8

The Queen also touched on the evil in the world, while emphasizing the good. She said that one of life’s baffling paradoxes is human beings’ “huge propensity for good, and yet, a capacity for evil.” 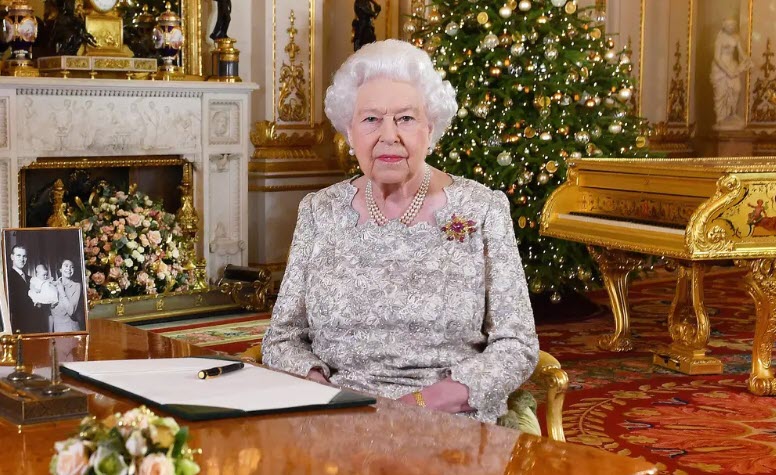 Queen Elizabeth spoke, as she always does, about her family, and her love for them.

“It’s been a busy year for my family, with two weddings and two babies — and another child expected soon. It helps to keep a grandmother well occupied,” the Queen said in her annual speech.

Through the many changes I have seen over the years, faith, family and friendship have been not only a constant for me but a source of personal comfort and reassurance.” 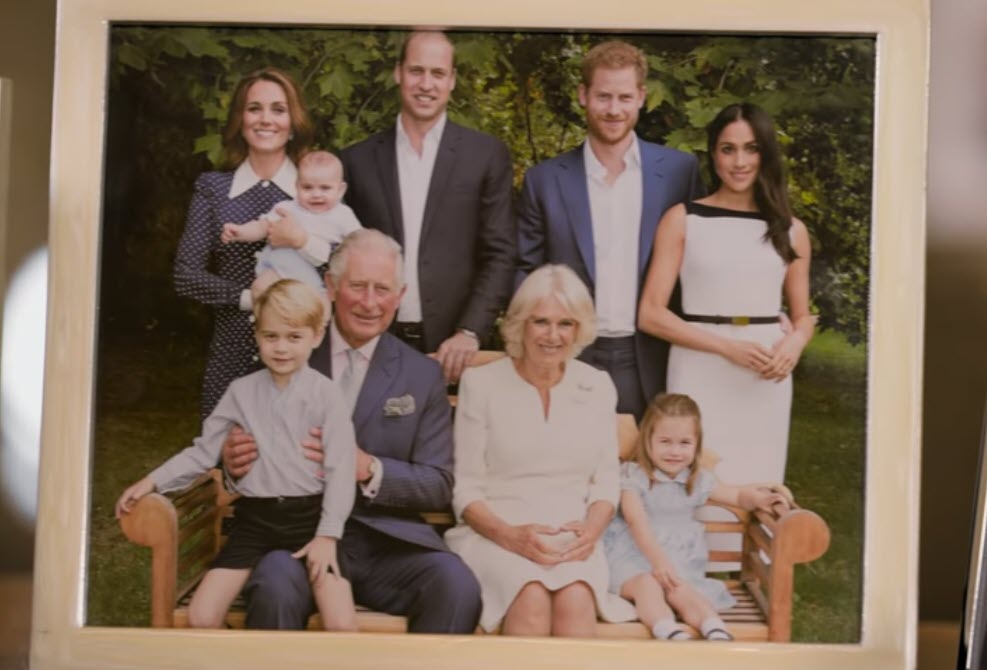 She got just a little bit political, but it’s hard to send a sincere message of hope without acknowledging some of the craziness that goes on in the world. Many people believe she may have been addressing the Brexit divisiveness with this statement:

“Even with the most deeply held differences, treating the other person with respect and as a fellow human being is always a good first step towards greater understanding.”

You can watch the Queen’s entire address in the video below.