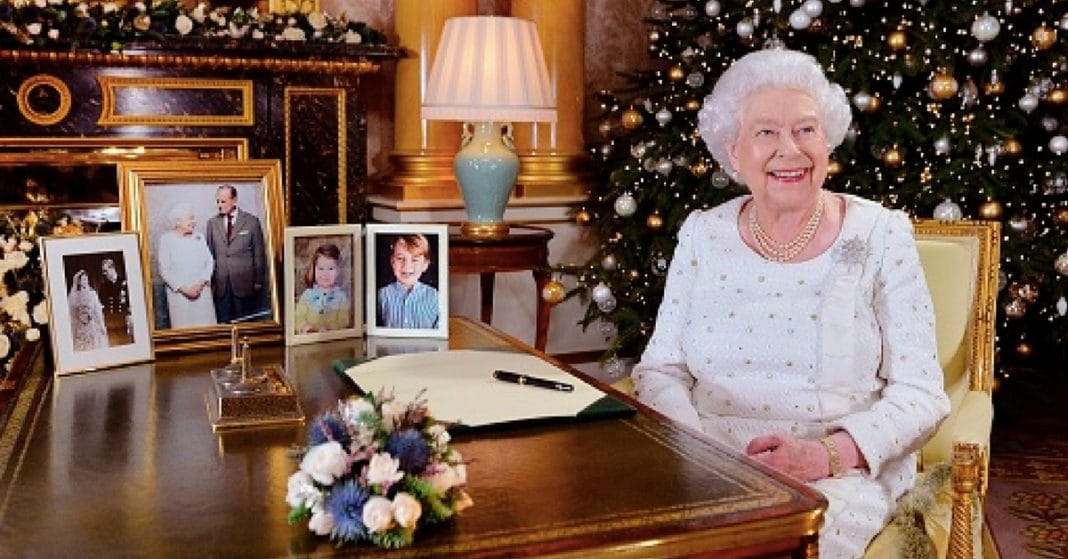 Prince Philip and Queen Elizabeth headed to their Sandringham estate last week to prepare for the Christmas holiday and the arrival of their family. The royal couple took the train, as they often do. They will remain at Sandringham until February.

Breaking with royal tradition, Prince Harry and his American fiancée, Meghan Markle, joined them for the festivities. The Cambridge family was also present for the church service and dinner at the queen’s home.

One important part of the holiday celebration for the royals is watching the queen’s speech. Queen Elizabeth II has been delivering her annual Christmas address every year since taking the throne in 1952. (The first speech spoken to the masses was done by her grandfather, King George V. Her father, King George VI, continued the tradition.)

Embed from Getty Images
This year, the queen’s message centered on home and family. She also touched on the horrific terrorist attacks that ravaged London and Manchester earlier this year and the resiliency of the British people during these trying times.

“This Christmas, I think of London and Manchester, whose powerful identities shone through over the past twelve months in the face of appalling attacks,” she said.

She offered her prayers for the lives lost in the terrorist attacks and the Grenfell Tower fire and thanked the emergency responders for their hard work and dedication to serving and protecting their fellow citizens.

In a surprisingly sentimental move, the queen also paid tribute to the service, support, dedication, and sense of humor of her husband, Prince Philip. She recognized his commitment to public service and to her.

In her speech, the queen noted how Prince Philip said even he needs to slow down and that he’s “done his bit.” She is grateful for him and is looking forward to the two of them spending time together and with their family during this special season.

“We think of our homes as places of warmth, familiarity, and love,” she said. “There is a timeless simplicity to the pull of home.”

Embed from Getty Images
The queen’s message was filmed in the 1844 Room at Buckingham Palace. Her Majesty wore a gown designed by Angela Kelly. The ivory white bouclé dress was embellished with Swarovski crystals.

Accompanying the queen for the National Anthem was the Commonwealth Youth Orchestra and Choir. Under the direction of Paul Carroll, the 52-member group represents the 52 nations of the Commonwealth who will come together next year on Australia’s Gold Coast for the Commonwealth Games.

Unlike last year’s Christmas when the queen remained home with a nasty cough and cold, 2017 was a more joyous occasion where she and her 96-year-old husband were able to host their closest family members at one of their favorite places.

Are you happy to see the queen’s softer side coming out more as she ages? So share this!