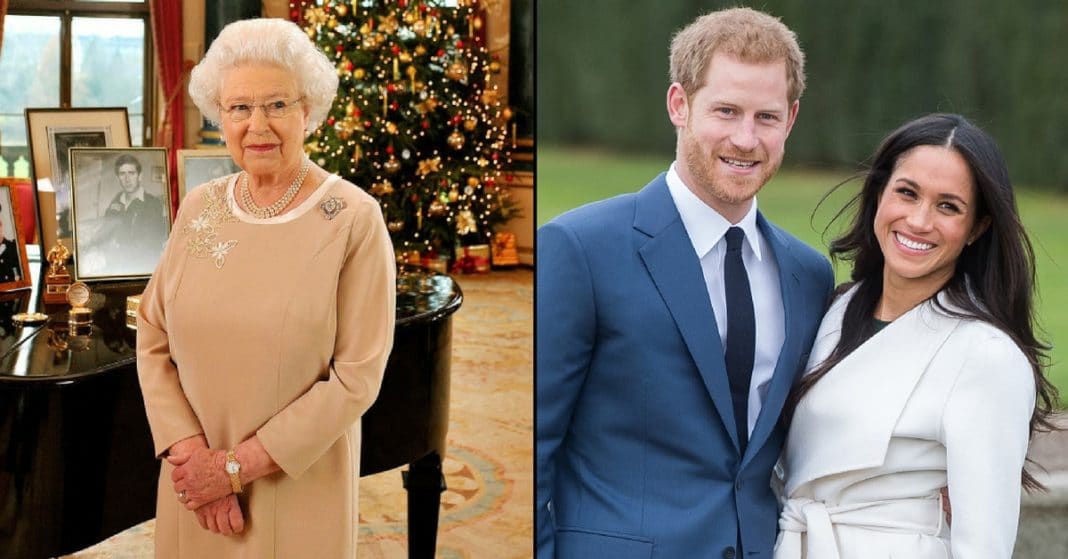 Tradition is very important to the British monarchy – it’s what has kept it going so strong for all these years. But recently, it appears the queen has eased up on some of those traditions, and we’re seeing that especially as Harry prepares to wed Meghan Markle.

Embed from Getty Images
Meghan is American, divorced, and bi-racial, all things that would have caused quite the stir just a few decades ago. In fact, Queen Elizabeth has the crown today because her great-uncle abdicated so he could marry a divorcee, and she even refused to give her sister permission to marry a divorced man.

Perhaps part of the queen’s leniency with Harry is that he is now quite far down the line of succession to be king. Or maybe it’s just a grandmother’s inability to say no to her grandchildren!

Embed from Getty Images
Whatever her reasoning, Queen Elizabeth has made several concessions for Meghan that have surprised royal watchers the world over. One such concession is that she has invited Meghan to her annual three-day Christmas celebration at Sandringham, an event up till now reserved exclusively for members of the royal family.

“Attending as a fiancée is a first for the family,” said one royal insider who also noted that Meghan’s distance from her family may have played a factor in the invite. “Given that Meghan doesn’t have family in the U.K., it’s only right that she spends Christmas with Harry and his.”

Embed from Getty Images
The lavish occasion will bring the whole family together to celebrate. On December 24, the family will gather for tea and then swap gag gifts. Afterwards, they will put on their finery and enjoy a Christmas Eve dinner.

The next morning, on Christmas Day, the family will head to the estate’s St. Mary Magdalene Church for the Christmas service and then return home for a traditional feast. After that, they will retire to the saloon to listen to the queen’s Christmas speech by the fire.

“In this year’s address, she will congratulate Harry and Meghan!” one source revealed.

Embed from Getty Images
While William waited five years to introduce Kate to his grandmother, Meghan said she has already met the queen “a couple of times” and called her “an incredible woman.”

A royal source confirmed that Harry asked his grandmother for permission to bring Meghan along to the Christmas festivities last month and the queen is “delighted to have Harry bring his fiancée. It is a family occasion, after all, and Meghan is very much family now.”

Are you excited for Prince Harry and Meghan Markle’s wedding? So share this!