They Put Washing Machine In Center Of School. What Happened Next? My Jaw Dropped 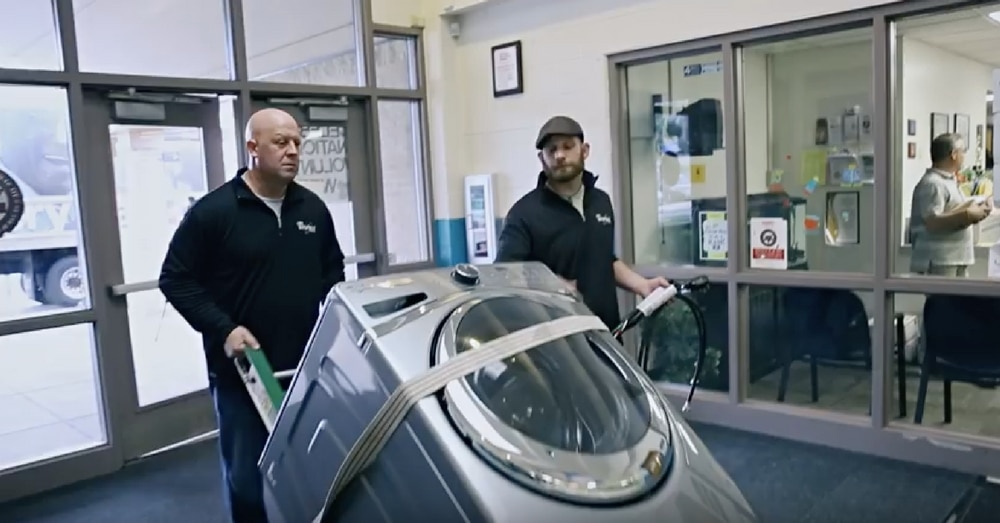 Attendance is a huge problem in many schools, especially those in inner cities or where the poverty rate is high. In fact, more than 4,000 students drop out of school every day.

It seems like an insurmountable problem, but Whirlpool’s Care Counts initiative came up with an idea to help combat it that seems way too simple, but has had an incredible impact.

Dr. Melody Gunn, a former principal of Gibson Elementary School in St. Louis, Missouri, had been talking to some of the parents of her students and found that many of them were not able to afford to do laundry very often or didn’t have time to go to the laundromat.

She approached Whirlpool and asked if they would donate a washer and dryer to her school so her students could do their laundry there.

While it seemed like a surprising request, Whirlpool did some research of their own and found that one in five students in the United States has trouble finding clean clothes to wear to school. Many of these kids don’t want to be seen as “weird” or “gross” or an outsider, so when they don’t have anything clean to wear they just skip school, and when they skip school they perpetuate the cycle of poverty.

Whirlpool decided to donate 17 pairs of washers and dryers to school districts in St. Louis and in Fairfield, California. The schools then invited students who had attendance problems to bring bags of laundry in to be cleaned while they were in class.

The results were astounding: over 90% of the students who participated in the program increased their attendance.

One elementary school teacher said that, since the program had been initiated, attendance to her class had been consistent, which had never been the case before.

Seventh-grade teacher Alison Guernsey was also amazed at the results, saying, “One of my students had just sort of withdrawn from school completely… After we started the program, he was more excited about coming, and he started to be actively engaged in class. He didn’t feel like an outsider anymore.”

After seeing the incredible impact this program has had, Whirlpool plans to expand their program to 20 more school in five more districts this year.

Were you amazed at the impact just having clean clothes can have? So share this!