Puppy Brought To Pound With Bullet Hole In Head. What This Dog Does Next Is Going VIRAL 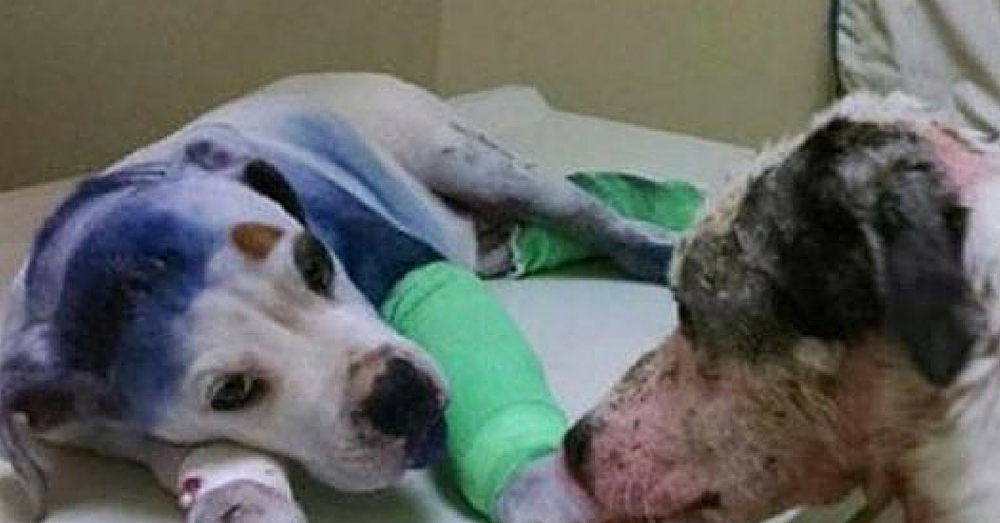 Sweet Sammie, a young Boxer mix, was surrendered to the Paws & Claws Animal Clinic in South Carolina recently after suffering horrific abuse. Though it is not known what exactly happened, the puppy was brought in with a bullet hole in his head, covered in blue spray paint, and suffering from infected wounds that resulted from being dragged behind a car.

It is unfathomable how someone could be so cruel and treat an animal so inhumanly, but thankfully Rescue Dogs Rock (RDR) in New York City has agreed to fund Sammie’s care and find him a home once he has recovered.

While Sammie is getting better, he still has a long road ahead of him, and he is not yet in the clear as far as his infected leg wounds go. Right now the pup is on strict cage rest while he heals.

While Sammie walks this long road of recovery, the actions of another dog at the clinic have captured the hearts of millions. Simon, a rescued stray who is recovering from a severe case of mange, walked straight up to Sammie when he was let out of his cage and placed his paw on top of Sammie’s, seemingly reassuring him that everything was going to be all right. 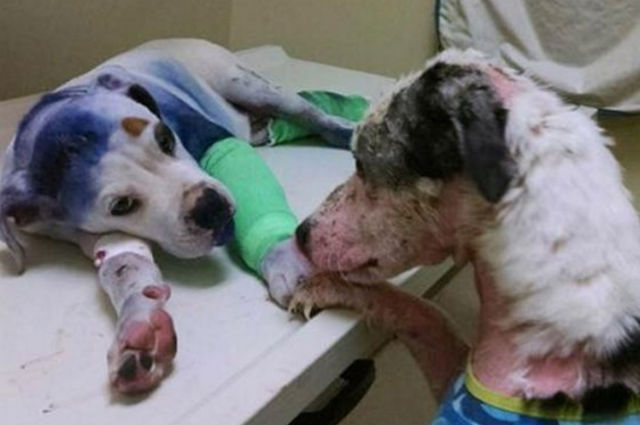 The two have become fast friends, and their bond continues to grow. Sammie recently underwent surgery for his leg, and Simon continuously checks up on him.

Simon still has some recovery ahead of him, but he should be healthy and ready for adoption sooner than Sammie. In the meantime, as a post on the rescue organization’s Facebook page says, “the bond between these two continues to grow, [b]oth know they are safe and rescued.”

Were you as touched by Simon’s actions as we were? So share this!