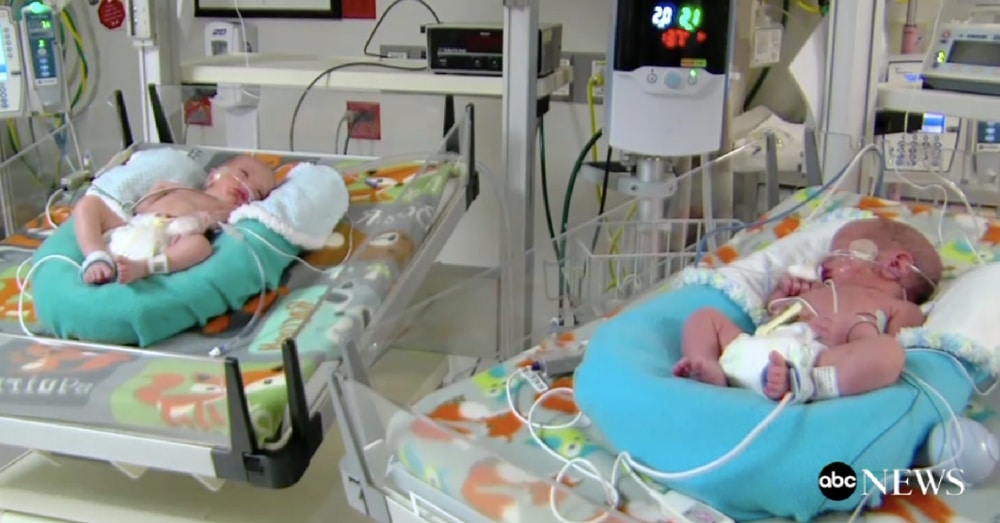 Meet the proud parents who welcomed New Year’s twins born in different years: the oldest in 2016, and the other, minutes later, in 2017.

Utah couple Huyen Nguyen and Nick Criddle are celebrating the birth of their identical twin boys. Baby James came into the world Dec. 31 at 11:59 p.m., while younger brother Matthew arrived Jan. 1 at 12:01, making him the first baby born in the state in the new year, officials at Davis Hospital and Medical Center told ABC Salt Lake City affiliate KTVX-TV.

The boys are the first children for Nguyen, 36, but numbers three and four for Criddle, 34, who has two daughters, Kaitlyn, 13, and Michelle, 11, from a previous marriage.

“Both of us are really happy,” Criddle told ABC News today. “It was a surprise, definitely.”

Nguyen and Criddle originally had a caesarean section scheduled for Jan. 11, but had to go in earlier because of medical complications, Criddle said.

“It wasn’t anything we tried to plan, but it’s a fun story,” Criddle said.

The boys will “look the same, talk to the same and this is something they can have that’s different: a birth date, birth month and year,” he said. “The twins part was fun, too.”

And they’re not alone.

Read about the Arizona twins who were also born in different years at ABC News.